For twenty years the states have negotiated over a global response to climate change. In 2009 the world leaders gathered in Copenhagen with unprecedented level of attention and came up with a controversial outcome. There has been no shortage of dramatic events in the last negotiation rounds either. We have been confronted with critical puzzles: is the UN process heading towards a new approach in global climate politics? Does international law still have a significant role to play in that approach?

What is the future of climate politics? What kind of political and legal problems has the UN climate process ran against to?  These are a few of the central questions that were discussed during the course of the seminar “Climate Politics in the Post-Copenhagen Era”.

It was suggested that the architecture of the future climate agreement would be changing from a top-down structure towards a bottom-up approach. This would mean a transformation of the basic idea in the system, from being driven primarily by the ”international community” to being pushed forward mostly by nation states. In addition, it was suggested that in the future, developing and developed countries will increasingly need to meet the same demands in issue areas such as transparency and reporting.

The general outlook among the discussants on the future of climate agreements was not a positive one. The Durban meeting will be a challenge, and it might even end up without decisions, if the emotional debate over the Kyoto protocol is not managed with great skill.

Many suggestions on improving the current climate regime were made. Among them was the idea of altering the role of the UNFCCC from a regulator to an orchestrator. The importance of transparency for the whole system was also underlined. In addition, the possibility for the “leaders” to move forward faster in their climate policies in comparison to the “laggards” was presented. The merits and deficits of Dr Benito Müller’s “plan C” were discussed; in this plan, the willing countries would make a new annex to the Kyoto protocol without having to wait for the reluctant ones. 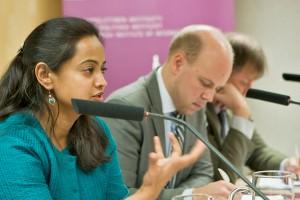 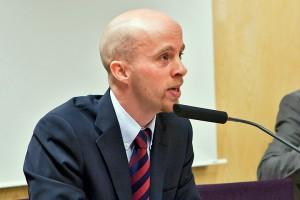