The European Union has faced major challenges over the last few years, as fighting climate change, securing stable energy supply, the economic and financial crisis, migration and the implementation of the Lisbon Treaty have demanded a lot a political effort. In the midst of all this we should not lose sight of the importance of EU’s neighbouring countries. They have a role to play also when seeking answers to the above mentioned challenges. This seminar will take a closer look at the current goals and prospects of the Eastern Partnership of the EU.

In his presentation Mr Štefan Füle, European Commissioner for Enlargement and European Neighbourhood Policy, first introduced the scope and function of the EU Eastern Partnership. The Eastern Partnership was initiated in May 2009 in the Prague Summit. It was launched as a common endeavour for collaboration between the EU member states and their Eastern European partners, namely Armenia, Azerbaijan, Belarus, Georgia, Moldova and Ukraine. The main goal of the Partnership is to create the necessary conditions for accelerating political association, and to further the economic integration between the EU and the partner countries. The Eastern Partnership seeks to support political and socio-economic reforms, while also focusing on joint ownership and mutual objectives when it comes to the content of those reforms. The foundation of the Eastern Partnership, as formulated by Mr F, is the commitments to shared values, including democracy, rule of law and the respect for human rights. Its main mandate is in the promotion of stability, security and prosperity in the region.

The Eastern Partnership functions on two levels, bilateral and multilateral. On a bilateral level the EU offers new contractual relations and promotes gradual economic integration, with open access to the European market. Establishing bilateral deep and comprehensive free trade areas (DCFTA) between the EU and the partner countries is a part of a gradual process for partner countries to becoming part of the internal market. An agreement has been reached to start negotiations on an EU-Ukraine Association Agreement, and negotiations with Moldova, as well as certain countries in the South Caucasus, are also ongoing. Supporting the mobility of citizens and the liberalisation of visa regulations in a secure environment is another important aspect of the Eastern Partnership. The goal is to have well-managed borders, while promoting the mobility of citizens through visa facilitation.

On a multilateral level on the other hand the Eastern Partnership supports developing best practices. The main areas of cooperation are in democracy building, good governance and stability, economic integration, energy security and promoting people-to-people contacts. The budget for Eastern Partnership in 2008 was about 450 million Euros, and by 2013 it will be increased to 785 million Euros.

For non-governmental actors, a separate platform called The Civil Society Forum has been established. The next forum will take place in Berlin in November 2010, while the next Eastern Partnership Summit will be held in Budapest in May 2011.

Mr Füle emphasised that the six partner countries themselves want close relations with the EU. The internal situation and the progress of the partner countries concerning the reform programmes varies quite significantly from country to country; the EU indeed sees it as important be responsive to the individual status and needs of each country. The Eastern Partnership has come to a good start, and the next step is to make full use of the upcoming Budapest Summit and to proceed with the ambitious agenda, Mr Füle said. He also stated that Catherine Ashton has started a review of the neighbourhood policy that will assess the progress and effectiveness of the policy, and whether we are going to the right direction. It will give a chance to raise the issue of whether or not the process should be seen as a set of instruments and milestones that take the partner states from a point A to a point B – or as something less formulaic. Mr Füle noted that actually we don’t know what “point B” might be: there is a need to finally define it. As a whole the review will help synthesise and perhaps strengthen the argument for why resources need to be put to the Eastern Partnership process.

Comments were provided by Dr Teija Tiilikainen, Director of the Finnish Institute of International Affairs, who presented a positive view on the EU Eastern Partnership, while also raising a few challenges. She noted that for a long time there has been a debate about a lack of specific strategies, as well as the need to define the core priorities; presently, Dr Tiilikainen noted, the focus is spread too widely. She also sees it as a positive sign that the area covering the Eastern Partnership efforts is now a strategic one for the EU, and that the EU wants to deepen its links there. The challenge is that the EU is operating with a single policy frame, trying to make it work in a variety of target countries. The EU is approaching the deepening of ties through the creation of broad policy and well-defined programmes, instead of setting up bilateral and individualised strategies. Such an approach looks very impressive, but the partner countries seem to feel somewhat ambivalent about it, not quite sure if it fits their individual particularities, needs and aims, Dr Tiilikainen pointed out.

Another challenge mentioned by Dr Tiilikainen is that while the EU hopes to promote political reforms in its partner countries, the feedback from the partner countries is however that the costs of such reforms are too big. Simply put, the EU is seen to demand too much while offering too little. A third challenge relates to the issue of what the partnership means for the EU: the partner countries feel that the EU demands, but the promises are taken less seriously. A fourth challenge is the fact that the EU’s involvement in the region might turn into a much more complicated effort than what was planned in the beginning. The EU is not the only player in the region and this alone demands better political planning, and well as better defining what its goals and promises really are.

A question was posed by a member of the audience on the sources of funding for the Partnership, and what the EU would require in exchange. Mr Füle answered that there has to be a different level of conditionality set for each partner country. The commitment to enlargement will also be re-reviewed to make sure that the partner country fulfils the requirements set for it. Ukraine’s partnership was also discussed, and Mr Füle stressed that the main challenge with Ukraine is to understand what exactly is being talked about. For example, here have been different kinds of expectations between the President and the Prime Minister of Ukraine on the content of the DCFTA. Ukrainians generally have seen the DCFTA only from the perspective of how much it will cost.

Another question from the audience was whether the visa-free regime is possible to be implemented with all the Eastern Partnership countries. Mr Füle noted that the regime is a long-term policy, and is meant to cover all the partner countries. With Ukraine the discussions are already quite far, with Moldova the visa dialogue has just been started, and Azerbaijan and Armenia are in the initial stages. With regard to Belarus the EU is negotiating how to engage the country and what the next steps would be. 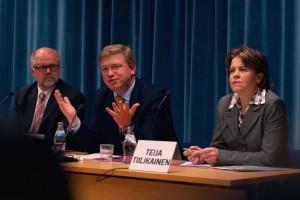 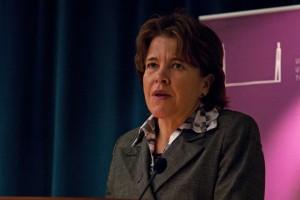 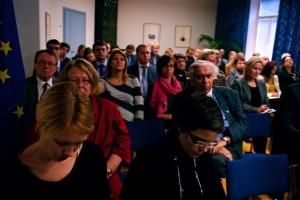 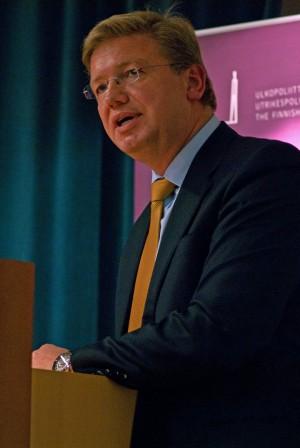 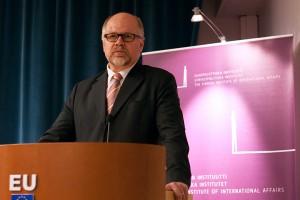