The attacks of 11 September 2001 shook the world, left an irreparable mark in the American body politic, and permanently wounded the superpower’s sense of security. The United States has since been in a state of perpetual battle against its terrorist adversaries in faraway lands. However, spurred by the development of precision weapons and the imperative of maintaining the US’ image as a liberal superpower, this war has been less bloody than wars past, has involved less American casualties, and has become effectively separated from American and other Western societies. War has, in a word, become more “humane”, but in the process it has also become a constant element of the modern condition. In this FIIA Seminar drawing on his latest book, Professor Samuel Moyn will address the difficult and pertinent ethical questions regarding the use of force in this age of ”humane” war, against the backdrop of the two-decades-long battle against global terrorism.

You can listen to the seminar with this audio recording: 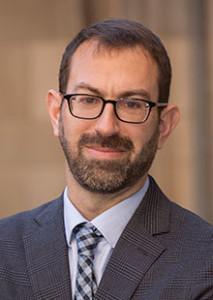 Samuel Moyn is Henry R. Luce Professor of Jurisprudence at Yale Law School and a Professor of History at Yale University. He received a doctorate in modern European history from the University of California-Berkeley in 2000 and a law degree from Harvard University in 2001. He came to Yale from Harvard University, where he was Jeremiah Smith, Jr. Professor of Law and Professor of History. Before this, he spent 13 years in the Columbia University history department, where he was most recently James Bryce Professor of European Legal History. His areas of interest in legal scholarship include international law, human rights, the law of war, and legal thought, in both historical and current perspective. In intellectual history, he has worked on a diverse range of subjects, especially twentieth-century European moral and political theory. He has written several books in his fields of European intellectual history and human rights history. His newest book is Humane: How the United States Abandoned Peace and Reinvented War (Farrar, Straus, and Giroux, 2021). He helps with several book series: the Brandeis Library of Modern Jewish Thought, the Cambridge University Press “Human Rights in History” series, and the University of Pennsylvania Press “Intellectual History of the Modern Age” series. He cofounded and for a decade served as coeditor of the journal Humanity; he served as coeditor for seven years of Modern Intellectual History. He solicits book reviews on human rights for Lawfare and is on the editorial boards of Constellations, Global Intellectual History, the Historical Journal, Humanity, the Journal of the History of International Law, Modern Intellectual History, and Modern Judaism. 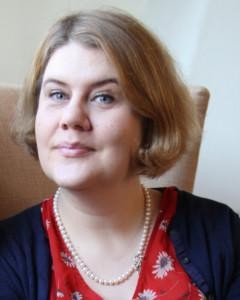 Maria Mekri is the Executive Director of SaferGlobe, an independent Finnish peace and security think tank, which develops tools and knowledge for the promotion of lasting peace and security. SaferGlobe is Finland´s only member in the European Non-Proliferation and Disarmament consortium, as well as a member of the European Peacebuilding Liaison Office, the OSCE Network of Think Tanks and Educational Institutions and the Cybermediation network. Mekri has wide expertise in peace and security from peacebuilding to arms control. Mekri's specific expertise is in creating sustainable, practical solutions for improving security and peacefulness in complex crisis situations. This expertise extends to evaluation of crisis management and peacekeeping, human rights, the triple nexus including conflict sensitivity and conflict analysis and to using technology in peace processes. Mekri both consults and trains organisations for activities in fragile contexts. In addition to expertise on a wide range of topics related to peace and security, Maria Mekri has 7+ years of management experience, 20+ years of academic experience in international relations and 10+ years of experience in teaching and facilitating in both business and academic environments. She has a keen interest in West Africa, particularly Liberia, and has worked in Liberia for the Results Focused Transitional Framework Implementation and Monitoring Committee (RIMCO). Between 2019-2020, Maria Mekri was the Thematic Lead for Peace and Security at the United Nations Technology Innovation Labs. She holds an MPhil of International Relations from Cambridge University, a BA in Politics and Fine Arts from Brandeis University and an MBA from HaagaHelia University of Applied Sciences. Mekri has been trained in EU civilian crisis management (EU Concept Core Course in Civilian Crisis Management) and peace mediation (CSDP Mediation Course, ESDC/ Maynooth & Specialisation Course Negotiation and Mediation, Clingendael/ENTRi). Mekri is the convenor of the High Level Finnish Advisory Panel on Peace Technologies, FINGO´s Ukraine task force and is a board member at the Rapoport Fund. 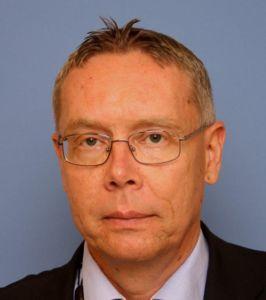 Olli Ruohomäki is a Non-Resident Senior Fellow at FIIA. He is also a Senior Advisor with the Ministry for Foreign Affairs of Finland. Dr Ruohomäki has worked with the United Nations and the Finnish government in war-torn countries and conflict zones in the Middle East, Afghanistan, Southeast Asia and Africa.