Different national and transnational audiences are susceptible to media influence. This influence has arguably become more intense with the new digital tools. At the same time, the sphere of media has been transformed through new technologies and economic realities. Media power has been used to refer to the influence of certain media outlets or owners. However, media provides national and international actors with considerable power political resources. Media provides a setting for power, and the developing social media provides a vector for influencing domestic audiences directly with disinformation campaigns. In this sense, media as a transnational locus constitutes a setting where power is negotiated and decided.

The seminar will concentrate to address the question of changing landscape of media, its actors and power.The seminar is part of the 2nd CUSPP Summer Session on ”Smarter Forms of Hard and Soft Global Power” organized by the Center for U.S. Politics and Power at the Finnish Institute of International Affairs. The Summer Session, now organized for the second time, is an interdisciplinary event, convening researchers and policy experts from Europe and the United States.
Keynote speaker:Steven Erlanger, London Bureau Chief, The New York Times
Panelists:
Paula Salovaara, Journalist, Räty-Salovaara-Blåfield
Elina Ravantti, Head of Foreign News and Current Affairs, Finnish Broadcasting Company (YLE)
Chair: Kari Huhta, Diplomatic Editor, Helsingin Sanomat
Steven Erlanger, London Bureau Chief of the New York Times, offered some thoughts on the media revolution and its challenges. He noted that due to the increased quantity of news and news outlets, everyone has the possibility to know everything about everything, but these developments have led to a decrease of quality with news being interpreted in a less intellectual way than before. Also, digital newspapers and digital advertising make publishing difficult because there is a risk of writers writing on topics that are trendy, instead of offering deeper analysis.
Comparing the way the media and the public handled the events after 9/11 and the Arab Spring, Erlanger said that the first event was easier to comprehend as the risk posed was to our freedom and democracy, whereas the Arab Spring was more complicated and did not fit our pre-established templates. Erlanger also criticized assumptions held by journalists and diplomats concerning Syria, especially their expectation of al-Assad disappearing without interference. He said governments only got interested in Syria after the problems spread to their countries through the phenomenon of foreign fighters and the wave of migrants. He also pointed out that one of the main reasons for this wave of migrants was that UN organisations are being starved of the financial assets they needed to make a difference in the region. Erlanger stressed that Syria was a common shame and the wave of migrants will not stop until the war is over. To conclude, Erlanger talked about Ukraine. He noted that social media and TV played an important role in the events from the beginning, but that the situation in Ukraine was very much misunderstood. He found it interesting how Russia has played its propaganda. Russia simply questions everything and undermines everything the Western media presumes as true. As new technologies allow everyone to know everything, Russians do have access to all this information but choose to interpret it differently. He found the role of the media and journalists important in supporting and helping local journalists spread their message. Journalists have also been good in managing to shed light on the incident of the missile that presumably hit the Malaysian airlines plane and on Russian trolling. He underlined that the job of the journalists is to understand the new form of hybrid warfare and to explain it, their responsibility is not to counter it.
Journalist Paula Salovaara talked about the new players in the media, who set the agenda and decide what people are talking about. Traditionally the media has been strong in this, especially in a small country like Finland. In Salovaara´s opinion it is not tragic if the media loses this monopoly of setting agendas, as it is not its role. She used the example of MP Olli Immonen and how fast the demonstration against his comments happened without any role played on the part of the media. She also used sharing on social media as an example of media setting the agenda together with the public: the media writes something and people share it, the editorial content being a big part of what is being shared because of people wanting to look clever. Therefore social media is making the editorial content more central again. Technology influences how media outlets are moulding the agenda and the schedule of publishing. The agenda is being set constantly instead of at intervals like before. Salovaara pointed out that trolling is also a way to attempt to set the agenda, and that therefore it is important for the public to remember to pay attention to who sets the agenda.
Elina Ravantti, Head of Foreign News and Current Affairs at the Finnish Broadcasting Company YLE offered her thoughts on analysis in news and the effects of social media in spreading analysis. She pointed out that it is a challenge for the media that they should analyse news for experts but also for non-experts. Another major challenge facing journalists is trolling. Ravantti said all journalists covering Russia or Ukraine are under heavy attacks from trolls, which diverts a lot of time from doing the de facto journalistic work. One dangerous aspect of this phenomenon is new media outlets publishing rubbish and the emergence of websites for spreading hate speech. YLE is fighting misinformation through contributing to Russian news in Finland.  According to Ravantti it would be important to travel on-site to where the news actually is happening but it has its obvious dangers. She also spoke of the moral dilemma of showing photos of dead children in connection to the current refugee crisis. In her opinion, sometimes the audience has to be shocked to make them understand the reality of certain issues. She pointed out that people´s attitudes towards the crisis have changed since the photo of Aylan Kurdi was published. Ravantti concluded by saying that media has to be a platform where the extremes can meet and talk. 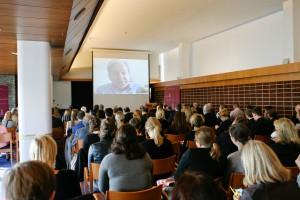 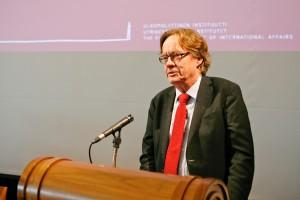 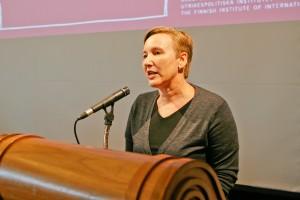 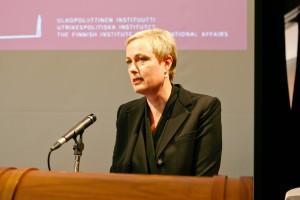 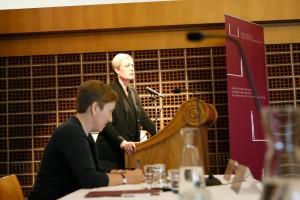 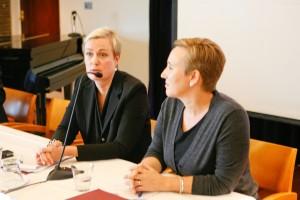