Nordic cooperation is known for its pragmatic and down-to-earth nature, while Norden is most often approached as a community of values. These characteristics make the Nordic cooperation framework stable, but also mean that it often remains in the shadows of other forms of international cooperation. With regard to the changing governance structures and policy challenges, this seminar discusses how the Nordic countries could strengthen their mutual cooperation in order to have a greater impact on international affairs in the subregional, European and global contexts of decision-making. The seminar brings together Nordic experts who reflect upon new possibilities for enhanced Nordic cooperation on the basis of the FIIA report.

A Swedish point of view
Maria Wetterstrand, Member of Parliament, Parliament of Sweden

11:00 Nordic cooperation during the Finnish Presidency 2011 and beyond
Peter Stenlund, Under-Secretary of State, Ministry for Foreign Affairs of Finland

Chair Dan Ekholm opened the event by welcoming the audience and speakers. He explained that the reason why the report launch was organized in English instead of one of the Scandinavian languages was to enable also the English speaking guests to take part in the discussion about Nordic cooperation and its role in the world.

In his opening remarks, Mr. Ekholm asked the question of whether or not Nordic cooperation had potential in a world where the EU has internal problems and 27 members. He touched upon both the similarities and differences between the Nordic countries and argued that while in some fields like sports or business the Nordics might be competitors, they have many mutual interests in political issues. A most striking, even if banal, metaphor to describe the Nordic countries is therefore that of “sisters and brothers” who are bound by history and values. Differences of course exist between the countries but Mr. Ekholm concluded on a positive note by saying that in his opinion Nordic cooperation has a bright future.

Director Teija Tiilikainen presented the findings of the FIIA report that had been published the same morning. She also introduced the authors and advisors that had been involved in the project leading to this publication. Before discussing the findings of the report, Dr. Tiilikainen made two brief observations with regard to Norden as a community. First, Norden is not a single clearly defined unit, in fact sometimes even the UK or the Netherlands are placed within the Nordic group of states. Second, the Nordic brand is always clearer when approached from the outside.

According to Dr. Tiilikainen, the report analyses two main questions: what is the meaning of Norden as a value community and where the future of Nordic values lies. It studies three different contexts: the global, European and regional context. In line with these analytical levels, also the recommendations for future action by the Nordics vary since Norden plays a different role in each context. In order to be heard in the global context, Nordic countries ought to focus on branding the Nordic model. Instead of acting alone the countries could jointly promote for example the Nordic “peace industry” as well as the countries’ similar economic experiences.

Nordic cooperation in European affairs calls for a different focus: the Nordics should emphasize greater coordination among themselves. So far there are rather few policy successes where a common Nordic imprint is visible if compared with the successes that the Franco-German cooperation has produced. In practical terms, the Nordic focus should be placed upon the new power centres such as the European Parliament and the new tools for influence, such as the European Citizens’ Initiative and the Common Security and Defence Policy.

Former Prime Minister of Finland Paavo Lipponen was the first key note speaker to comment on the findings of the report. As a general starting point, Mr. Lipponen noted that Nordic cooperation is lagging behind in today’s rapidly changing world and the Nordic countries run the risk of being marginalized. The Nordics do not have much time to pull it together for the Norden to survive as an actor in any of the analyzed contexts. In this regard it was easy for him to agree with many of the report’s recommendations.

At the global level, branding Nordic solutions to global challenges is a good idea as long as the work for good causes does not come at the expense of Nordic competitiveness. After all, Nordic countries are on the top of global competitiveness rankings, while they are also welfare states – and these two characteristics are interlinked. Mr. Lipponen was also sceptical about the Nordics becoming the champions of peace-building, since allocated resources are needed in other projects equally important from the point of view of national interests.

Mr. Lipponen called for a broader consensus on international military operations before participating in them. In his opinion it would be too early to institutionalize Nordic security cooperation in the Nordic Council of Ministers, because it is still not clear what this would actually mean in practical terms. As the biggest weakness of the report, he mentioned the lack of focus paid on the geopolitical processes in Europe after the Cold War: the shift to the East due to the German reunification that created a greater interest in cooperation with Russia and the role of Germany when it comes to, among other things, the future partnership between EU and Russia as well as the situation of the Baltic countries.

With reference to the European context, Paavo Lipponen stated that he found the rise of intergovernmentalism in the EU alarming. His notion was also that the Treaty of Lisbon was not working as many had hoped it would due to the marginalization of small member states. While it is important that France and Germany can cooperate in crisis situations, the domination of the Franco-German axis bears the biggest responsibility for where Europe stands today. The trend towards intergovernmentalism and the lack of focus on European values should be seen as a common Nordic concern and thus, Norden really should cooperate more closely in the EU. Indeed, Mr. Lipponen mentioned having himself revised his thinking about the matter: the Nordics should become more of a bloc than originally envisioned. The Nordics should also discuss big issues and find common positions on questions such as the EU as a federation and the related possibilities for small member states to jointly influence EU politics.

With regard to the Baltic Sea, Mr. Lipponen emphasized the large amount of organizations and many EU and national strategies being drafted. Instead of presenting new strategies, he encouraged countries to focus on what is actually happening in practical terms. As an example of a concrete accomplishment in the framework of EU external relations he mentioned the Northern Dimension and its 10-year-old environmental partnership. Such accomplishments should be utilized not only for the sake of a Nordic brand but also to brand Finnish foreign policy.

The second key note speaker, Maria Wetterstrand, Member of the Swedish Parliament, similarly noted that Nordic cooperation has decreased in importance. She complimented the report for talking straight to the point, but also said that the focus was too much on security issues and too little on other policy areas. Mrs. Wetterstrand emphasized that the Nordics need common projects and initiatives that could be proposed together: “business as usual” – type of thinking is not an alternative.

As an example of such projects she mentioned the Arctic cooperation from the security and environmental point of view. With reference to the report’s proposals related to environmental policy, she also underlined that Nordic countries are forerunners when it comes to cutting emissions and that the suggestion about Norden acting as a bridge between the North-South divide in international climate negotiations was to her liking. Similarly it would be important to promote Nordic expertise in green technology. While she wished to see politicians working together in Arctic affairs and climate policy, Mrs. Wetterstrand spoke in favour of getting civil societies to work together through the European Citizens’ Initiative for example in order to raise awareness of issues like gender equality and rights of homosexual and transsexual people. In her view, the purpose of Norden working together should not be self-interest but rather the will to influence the world for the sake of marginalized groups of people.

The third speaker of the seminar was Peter Stenlund, Under-Secretary of State from the Ministry for Foreign Affairs of Finland. Also Mr. Stenlund found the report very good and acknowledged the fact that the report in turn recognized the value of the Stoltenberg report. Although he was more sceptical about the common Nordic strategy as regards the Arctic and climate negotiations, he found the recommendations on Nordic Defence Cooperation interesting. In practice this could mean trying to find a common Nordic interpretation of the Lisbon Treaty provisions.

According to Mr. Stenlund, Nordic Defence Cooperation is encouraged by the new Finnish government. He noted the value of the Nordic Declaration of Solidarity: although Finland has previously committed to support other EU countries in situations covered by this declaration, this support is now extended to non-EU Nordic countries. As topical policy areas in the formal Nordic cooperation framework, Mr. Stenlund mentioned environment, climate change as well as neighbourhood policy, which the current Finnish presidency of the Nordic Council of Ministers had chosen as its central themes. These are examples of common Nordic challenges in which common approaches like mutual support for multilateral organizations or shared branding activities are needed.

The seminar ended with a Q&A session with the speakers as well as with some authors of the report. To get acquainted with the points of view of all the authors, please download the FIIA report (as well as summaries in Finnish and Swedish) from http://www.fiia.fi/en/publication/199/. 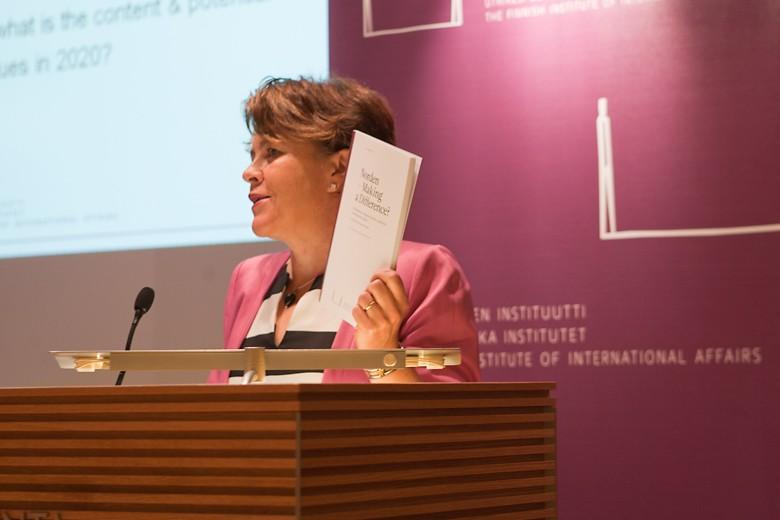 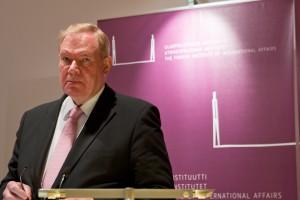 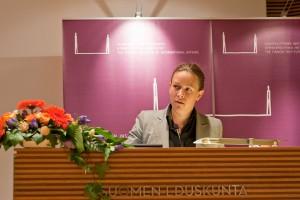 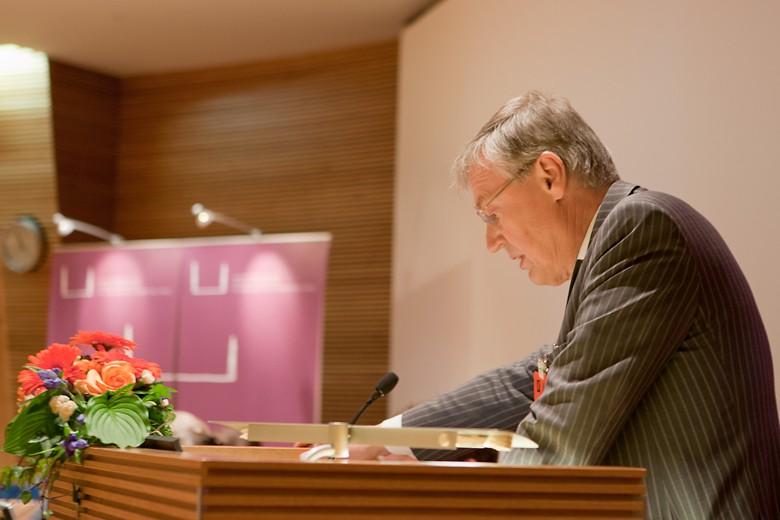 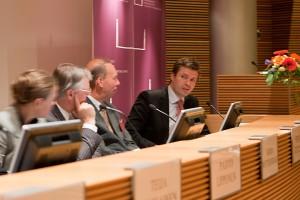 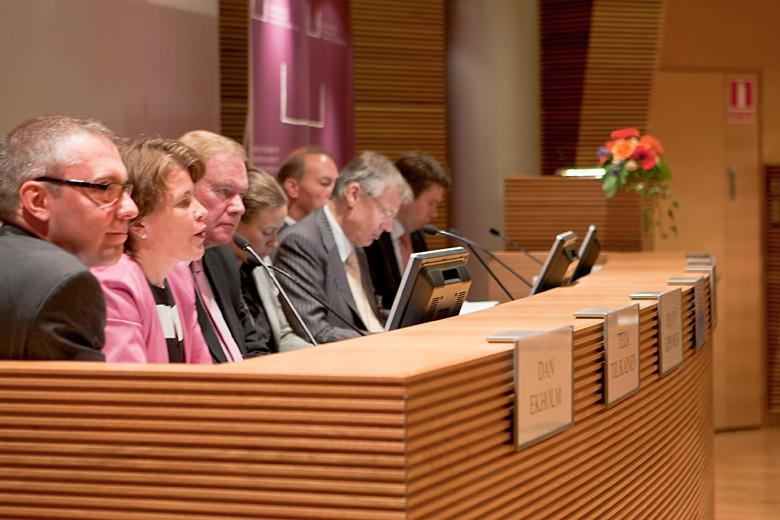