This timely seminar is the opening event of STETE’s ”Helsinki + 40” project which is carried out together with other actors working with themes related to OSCE activities. The seminar will reflect on the history of the OSCE; how it has performed in its three comprehensive security dimensions (especially the politico-military and the human); what success stories and pitfalls the organisation has experienced and; how it has been able to respond to the changing security environment, for example related to the conflict in Ukraine. Can the OSCE respond to the challenges and evolve towards set goals of a new, more open and more efficient security community that has an important place in the security environment of Europe and its neighbouring areas?

STETE’s Helsinki +40 project will include a series of lectures and seminars, a publication and a concluding briefing of the Helsinki + 40 process. The project spans from 2014 to 2015.

Address by the Finnish Minister for Foreign Affairs Erkki Tuomioja

Address by the Serbian Minister of Foreign Affairs Ivica Dačić

The seminar started with opening words by STETE’s Chair Ms Tuula Peltonen. She took a brief look at the history of STETE, the Finnish Committee for European Security, registered in 1992 as the Finnish OSCE association. She told that the seminar was an opening event for STETE’s Helsinki 40+ project, and that during the year more events will be organized and publications published on the topic.

After the opening words the floor was given to Mr Ilkka Kanerva, Member of the Finnish Parliament and President of the OSCE Parliamentary Assembly (PA). His speech concentrated on topical issues in the OSCE PA. In Kanerva’s opinion the OSCE is a relevant instrument in the continental security system. He emphasised that reforms are needed, not in the values and principles of the OSCE, but in its methods. The most important challenge that the OSCE is dealing with today is the crisis in Ukraine. In order to support the diplomatic activities of Vienna and Switzerland, the PA has set a liaison group on the Ukraine crisis, consisting of twelve relevant countries and nations. In Kanerva’s view, the Parliamentary Assembly cannot have any separate role in the OSCE but it has to provide support for the actions planned in Vienna. The added value that the PA can provide is the inter-parliamentary dialogue to facilitate the efforts of the organisation, for example on the field of crisis management.

After Mr Kanerva the floor was given to Dr Sinikukka Saari, Senior Research Fellow at FIIA, who acted as a moderator of the panel. The panel discussed long term implications of the war in Ukraine for the European security, as well as its implications for the actions of the OSCE. Dr Saari emphasised that the ongoing war in the Eastern Ukraine sets a challenge for the organisation, but that it also provides an opportunity to evaluate its actions. It is time to consider, how to continue from here as the key principles that the OSCE was based on have been openly violated by Russia. While Russia was supposed to integrate gradually into the Western institutions the Council of Europe and NATO were seen as the most significant actors in the European security. Overall the crisis has highlighted the importance of the OSCE. It was, however, evident already before the Ukraine crisis that Russia and the West did not share the same vision in a number of international and security issues. According to Dr Saari, now a few steps have to be taken back and realistic goals need to be set. Dr Saari also emphasised that although the OSCE was not able to prevent the Ukraine crisis, it has done a remarkably good job in managing and mediating the crisis – it is difficult to see that any other actor could have done the same.

The first panel discussant Minister Guillaume Scheurer, Deputy Head of Delegation of the Permanent Delegation of Switzerland to the OSCE, explained in detail the OSCE’s role in the Ukraine crisis, and took a brief look at the lessons learnt. Strengthening the mediation capacity of the OSCE has been one of the priorities of the Swiss chairmanship this year and developing the mediation toolbox is on the agenda. Minister Scheurer clarified the main tools the OSCE has used to respond to the crisis: Firstly, the OSCE has promoted communication at all levels; secondly, it has launched new field missions to Ukraine: a special monitoring mission and an OSCE Observation Mission to two Russian checkpoints and thirdly, the OSCE has provided support to the civil institutions. According to Minister Scheurer, the OSCE has showed that it is prepared and has the capacity to act fast and efficiently, and that it is very flexible and that its staff is highly motivated. He mentioned also issues that would need to be developed: the role and capacity of the secretariat to conduct fact finding on the ground in an involving crisis situation and to collect, analyse, assess and communicate relevant early warning information needs to be strengthened; information exchange on best practices between participant countries; better training (especially HEAT-training) of monitoring staff; and the funding mechanisms of the OSCE.

The second panellist H.E. Ms Katja Pehrman, Permanent Representative of Finland to the OSCE, discussed the OSCE work in the field of mediation. Already in the Helsinki final act – in 1975 – the participating states committed themselves to solve conflicts by peaceful means and through dialogue. The OSCE Helsinki document in 1992 proposed that the mediation should be part of all the stages of conflict cycle, i.e. early warning conflict prevention, crisis management and conflict resolution.

The latest UN resolution on mediation in July is a proof of a high level political engagement and interest in mediation today. Pehrman also emphasised the importance of the civil society involvement in mediation processes. For example, in Ukraine the mediation has taken place at local, regional and national levels. The use of all these levels has made it possible to extend the mediation and peace processes to involve not only elites, but also wider segments of society. The OSCE hopes this development to be continued. Pehrman reminded that the OSCE has been the only operational international organization in Ukraine for several months.

Professor Kari Möttölä concentrated on a broader context by evaluating the impact of the Ukraine crisis to European security. According to him European states were not able to foresee the crisis as they were busy with other challenges. Russia had different interests: a will to regulate, if not to dictate, the economy of Ukraine. In Möttölä’s opinion the Ukranian crisis has showed problems in the Western institutions, the EU and NATO. For the EU the crisis sets a major challenge as Russia is increasingly ”on the other side”. Möttölä emphasised that a sustainable way out of the crisis has to be found from the existing OSCE order. He also brought up a joint-project by the OSCE network of think tanks and academics to assess the existing threat perceptions in the OSCE area (a report titled The Threat Perceptions in the OSCE Area). According to the study the major concerns shared by all types of member countries were the efficiency and legitimacy of domestic governance under pressure.

After the panel discussion the Finnish Minister for Foreign Affairs Erkki Tuomioja and the Serbian Minister of Foreign Affairs Ivica Dačić delivered their addresses. Minister Tuomioja believes that the crisis of Ukraine is shaking the security situation in Europe, as well as the concept of collective security, which is at the heart of the OSCE actions. The OSCE is going through critical times just before the 40th anniversary of the Helsinki final act. The organisation has had a key role in the de-escalation of the crisis of Ukraine and at the moment it is not possible to refer to it without mentioning the recent events in Ukraine. According to Minister Tuomioja it cannot be said that we would have returned to the Cold War era, even though Russia has violated various OSCE principles. Although the solution for the Ukraine crisis is still to be seen, the OSCE is the most suitable organization to mediate in the Ukraine crisis and its efforts are highly appreciated.

According to Minister Tuomioja there is still a lot to be developed in the actions of the OSCE under the so-called Helsinki +40 process. He listed issue areas that should in his view be taken up in order to strengthen the OSCE. Minister Tuomioja praised Switzerland for having shown leadership in taking forward this work. He also promised his colleague, Foreign Minister Ivica Dačić that Serbia can count on Finland’s support when acting as OSCE chairman during next year.

The Serbian Minister of Foreign Affairs, Ivica Dačić represented issues related to the upcoming Serbian OSCE chairmanship. According to him, the OSCE chairmanship in 2015 is an honour for Serbia, although this is a difficult time for Europe. The crisis in Ukraine is a challenge for the security of Europe and brings a need to assess the acts of the OSCE. In this sense the crisis, even though it is a challenge, also provides a possibility for the OSCE to evaluate its actions and learn from mistakes. The OSCE should improve its tools and achieve more systematic results in its mediation processes. To continue to be relevant, it is essential for the OSCE to strengthen its capacities and mechanisms to actively respond to the conflicts from early warning to post-conflict rehabilitation and reconciliation and to achieve concrete results in terms of stabilising the situation on the ground. In the view of the experiences of the western Balkans, Minister Dačić pointed out that concrete and sustainable solutions can only be reached through constructive political actions and dialogue. In the end of his address, Minister Dačić highlighted that the OSCE was the first international organisation to respond to the Ukraine crisis, and that this proves its pivotal role. 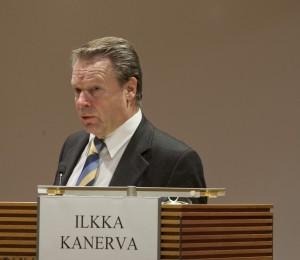 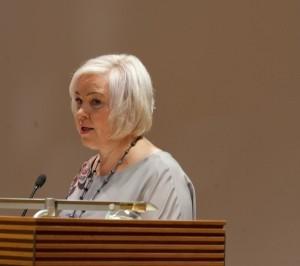 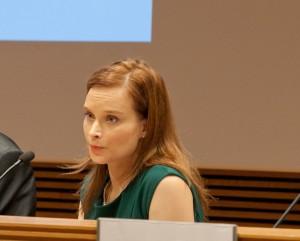 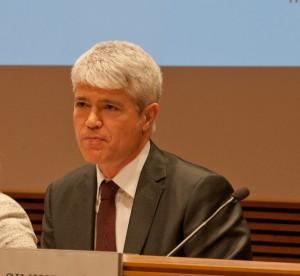 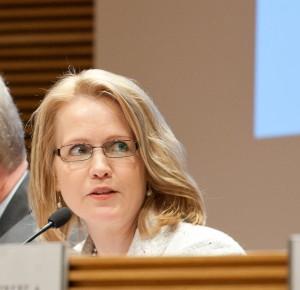 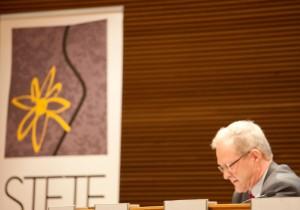 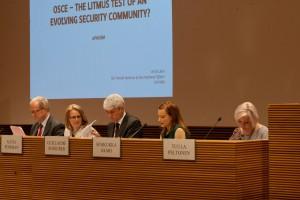 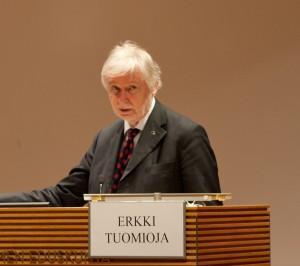 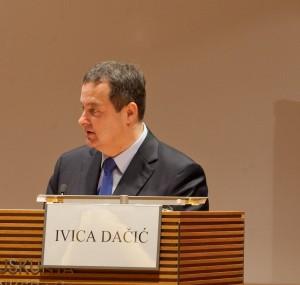