The lecture provides an inside look at the evolution of the situation in Afghanistan, reflecting on mistakes made in handling the military and civilian operations, the political gambles, and what should be done moving forward. The speaker, Ambassador Kai Eide, led the UN Mission in Afghanistan from 2008 to 2010. Working closely with President Karzai, he first-handedly witnessed the rivalries between the Afghani authorities and the international community, as well as the tensions generated by the security situation, the rise of the insurgency and the efforts to reach a rapprochement with the Taliban movement. He will speak about these issues and what lessons can be learned from them while comparing them with developments in Bosnia and Kosovo.

Why international involvement has not had the impact that was wished for is a sum of many different factors, out of which one of the most important ones has been the lack of profound knowledge and analysis on Afghanistan and its culture. In addition, when it has become apparent that the chosen strategy for the involvement has not worked, the solution has not been a change in strategy, but to continue with the same approach. The reason for this has been the difficulty in admitting that money and more importantly lives have been wasted because of wrong decisions.

The current situation in the country is complex and even chaotic. The lack of coordination between different actors on the field is apparent. The UN might be able to take the role of a coordinator, but has not been capable of adopting it yet. Another problem is that most of the funds channelled for assistance or for better governance in the country in fact return to the donor states: international experts are paid to work in Afghanistan and the assistance is channelled through Western companies. On top of this, 1/3 of the funds have in fact gone missing altogether. Furthermore, the comprehensive thinking of civilian-military coordination has not worked in Afghanistan like it worked for instance in the Balkans. One reason for this is that in the Balkans the UN’s role was that of an outsider coming between waring parties, where as in Afghanistan it is itself one of these parties. The comprehensive concept thus seems to work better in a more peaceful environment.

Most importantly, the crucial mistake made by the international actors has been the lack of background knowledge on Afghan culture and especially the lack of appropriate use of this information. There has been misunderstanding about the country and its customs. It has become apparent that negotiations with the Taliban are needed, but it might already be too late for this. In addition, there is a clear need for the international community to show its commitment to the development of Afghanistan also after the year 2014 when the troops are leaving. If security policy is not tightly in the hands of the Afghan government by 2014, the worst case scenario in the internal situation is a return to the situation early 1990s.

Even if the future looks bleak, there are some elements offering hope as well. The next couple of years should give a good view on what is to follow. The elements of hope are the following: Afghanistan has tremendous mineral resources, which can be taken advantage of when more investments on the infrastructure are made. The younger generation will be much more educated than the previous ones and of the children going to school one third are girls, which is a great sign of change. This generation will want a modernised Afghanistan, and this ideology will spread. In addition, the media is going through a revolution. New tv and radio stations have been emerging, and many of them are independent. Modernisation will be transferred through fiber optics, and this development will not be stopped. 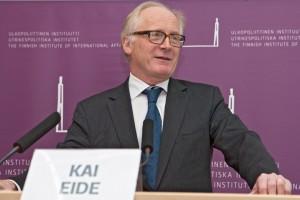 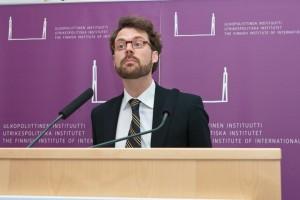