etusivu / Tapahtumat / Russia as a Neighbour: Future trends in the region
jaa
jaa

Russia is a great regional power and an important trade partner for many EU member states, especially for its neighbours. Despite a troubled history between Russia and its border countries, the coexistence of the last decades has been largely peaceful and relations with the EU have been stable. However, the annexation of Crimea has been a stark reminder of the fact that the threat of use of force and expansionism are not excluded in Europe. The West has reacted with economic sanctions and Moscow has answered with countersanctions. Although the EU is presenting a united front, Russia’s neighbours may be hit hardest by current developments. How do Russia’s neighbours look at the current situation? How do different historically formed bilateral relationships come into play?

Nils Erik Forsgård, Director of the think tank Magma, and Kristi Raik, Acting Programme Director at the Finnish Institute of International Affairs, gave the opening remarks of the seminar, the aim of which was to address the relations of Russia with its European neighbours.

In his presentation, Andres Kasekamp, gave an overview of Estonia’s relations with Russia. He noted that after an initial high they deteriorated, the low point of the mutual relations being 2007 with the Bronze Soldier riots and the cyber attacks against Estonia. Last year represented an all-time high in the bilateral relations with the signing of the border treaty after twenty years. The events in Crimea have led to another deterioration of the relations as Russia’s actions in Ukraine are perceived by the Estonians as a fundamental challenge to the international order and the rules of the game. According to Kasekamp, the events in Ukraine remind Estonians of their own history with Russia which shapes their current position with regards to the crisis. They believe that Russia only respects force and will exploit any divisions and weakness to the maximum. Therefore Estonia has been pushing hard for a unified EU position on sanctions, even though also their own commercial interests are hurt by Russia’s counter sanctions. Kasekamp noted that pragmatism towards Russia ended up badly for the Estonians in the past and it is a question of principle not to back down in front of Russia’s demands. Foreign Minister Lavrov’s remarks last week on wanting to move ahead with the ratification of the border treaty were interpreted by Kasekamp as a carrot to quiet down Estonia over the sanctions issue and as an attempt to break up the EU’s unified line. He also said that although there have been concerns over Estonia’s Russian-speaking minority and the issue of Narva since the beginning of the Ukrainian crisis, Kasekamp sees Estonia’s EU and NATO memberships protecting it from being the next in the line of fire. Of the other Baltic countries, Kasekamp interpreted Lithuania as the most hostile towards Russia in its official rhetoric and Latvia as enjoying the best relationship with Russia. Energy dependency on Russia is an issue that the Baltic States have in common and they have been keen to promote energy security within the EU. Kasekamp noted that this eagerness to lessen that dependency has not always been in line with some other EU members.

Elżbieta Kaca said the Polish position towards Russia was shaped by energy and trade issues on the one hand, and principles on the other. Poland’s low level of energy dependency has, in her view, often allowed it to be more vocal against Russia within the EU. However, Russia being Poland’s major trade partner outside of the EU makes the Polish public opinion very pragmatic towards Russia. Especially Polish farmers have been hit hard by the Russian embargoes and most people feel that Polish policy should be focused on securing Polish interests instead of pushing for questions of principle in foreign policy. According to Kaca the former government pursued a very harsh line on Russia, but the relations were normalised in 2008 with the change of the government. The new government has managed to negotiate an agreement on local border traffic with Russia and address some sensitive issues such as the Katyn Massacre. Kaca noted that this normalisation of the relations was ruined by Russia’s aggression in Ukraine which forced the Polish government to shift its position on Russia, the Polish assessment being that security is more important than economic interests.

The view from Finland was offered by Katri Pynnöniemi who noted that there seems to be a general understanding that the bad relations between Russia and the West are here to stay for a long while. The question is how to avoid an even bigger catastrophe and how to bring diplomacy back to the table. These questions also characterise the Finnish discussion on Russia. Pynnöniemi pointed out that it has been of the utmost importance for Finland to keep the lines of communications with Russia open. There is also an insistence that business can be separated from politics. In this regards, she found it important to raise the question of whether economic deals could create political risks. She also noted that the Finnish foreign policy debate is not always very clear and that the Finns are good at hiding meanings in between the lines. As an example of this is the use of the metaphor of the Russian bear. Pynnöniemi interpreted this metaphor of Russia treating it as anther, an outsider and as a tacit acknowledgment that this Russian bear may turn aggressive and unpredictable when it feels threatened. She noted the power of the metaphor to rest upon a simple interpretation of the present day situation: do not irritate the bear as it may attack you. She also said the use of the metaphor deflects attention from the systematic vulnerabilities and fragilities of Russia and portrays the image of a country that is acting on self-defence. She wondered how long the domestic Russian audience would be distracted by this militant rhetoric of a threatened bear from posing difficult questions about political change and economic modernisation, and how the worsening financial situation will affect Russia.

Vesa Vasara then offered his comments on the presentations. He welcomed Kasekamp’s assessment of the history of bilateral relations between Estonia and Russia and said it was important to remember this history also in Finland when trying to understand Estonian policy vis-à-vis Russia. He pointed out that also Finland’s decision to apply for EU membership was motivated by its background, although Finland’s history with Russia differs significantly from that of the Baltic States. As to the EU sanctions on Russia, he noticed similarities between the Finnish approach and that of the Baltic States and Poland. Regardless of Finnish exports to Russia having declined and visa applications having plummeted, the Finnish government has defended the sanctions. He quoted Prime Minister Stubb in saying: ”We are trading people but our values are not for sale”. Vasara also believes that in the long term economy will become the game changer and slow down undesirable action. He also underlined that the purpose of the sanctions has never been to bring about a collapse but that they are the only instrument at the disposal of the EU in this situation. As to energy security, he pointed out Finland to be in a good position due to its energy mix. Although Finland is dependent on Russian natural gas, a disruption in its imports would only affect industries, not homes as in other countries. As to the need to bring back diplomacy with Russia, he pointed out that it never left, but that it failed. At this point, he felt it was essential that European countries focus on what they agree on, instead of on where they differ.

Minister Pär Stenbäck chaired the following discussion, which focused on the concepts of spheres of influence and pragmatism, as well as on the economic sanctions. Kasekamp said Estonia denies the possibility of any great power to a sphere of influence because it negates the subjectivity of smaller countries. In his view, Russia’s actions in Ukraine were based on a wrong analysis of the situation and that the military aggression was a strategic mistake. He pointed out that Ukraine is not close to joining the EU or NATO and that Russia could have maintained its influence over Ukraine through its traditional tools of corruption and pressure over energy. The talk of spheres of influence suggests that Ukraine would not have a say in its own future and this is an issue where the EU cannot compromise, Kasekamp stressed.

As to the question of pragmatism, Kasekamp pointed out the only tool with some leverage that the EU has to use against Russia are economic sanctions, and that if pragmatism means business as usual, then what is the EU left with? He saw the Syriza victory in Greece as a victory for Russia, as the new Greek government was likely to oppose the sanctions. Pynnöniemi pointed out that there are different forms of pragmatism, on the level of the EU it means to work for cohesion and resilience of the EU and on the bilateral level is to focus on the grass-root communication with Russia. She raised the question of whether nuclear power plant cooperation between Finland and Russia can be seen as a pragmatic step and thought that this should be discussed more in detail in Finland.

Kasekamp sees a clear link between the policies of domestic oppression and authoritarianism in Russia and its actions in Ukraine. He believes that Russia’s actions are not motivated by land grab as much as by a will to punish ”the ones that got away”. The worst option for Putin would be if Ukraine turned into a successful market economy and democracy and the example it would give Russians under his rule. Therefore it is in his interest to turn Ukraine into a failed state. Kasekamp saw containment as the best option of the West, as only Russian can change Russia. Putin will not change his line, as he knows that time is on his side, and that the suffering of Russians can be blamed on the West. Kasekamp stressed that containment required EU unity as it has always been Russia’s goal to divide the EU, and the West Europe and the US. Unfortunately they will succeed in doing this in the long term, Kasekamp believes. He said the easiest way for Russia to achieve this is to continue supporting the extreme left and the extreme right in Europe and wait for the European populists to undermine the EU and the European project. 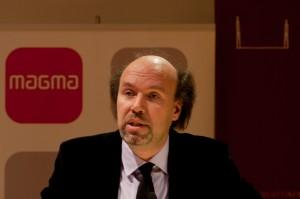 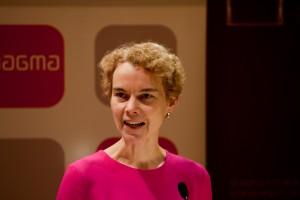 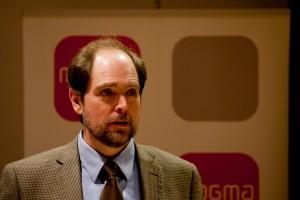 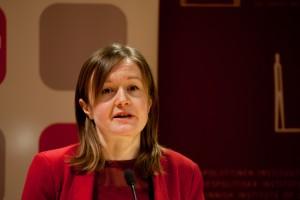 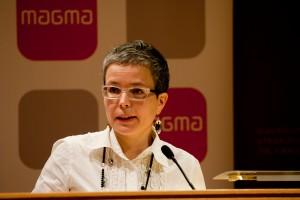 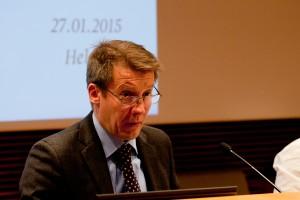 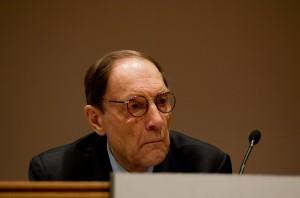 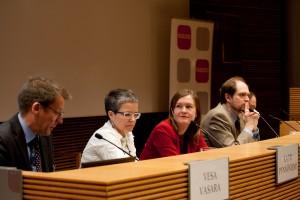