China’s new leadership is confronted by a society undergoing momentous transformations. A slowing
economy and an economic growth model that is losing its luster, rapid urbanisation, new forms of sociality
and collective action, and growing societal demands for rule of law and increased participation, all demand
leaders’ attention. This seminar re-examines key underpinnings of the role and functions of the
state, society and market institutions in the post-Hu Jintao context. The event is part of the launching of the
Fudan-European Centre for China Studies. It will bring prominent scholars from Fudan University — one of
China’s leading universities — to the Finnish Institute of International Affairs, and offers an opportunity for
exploring strategic research collaboration in China studies.

Dr Teija Tiilikainen, Director of the Finnish Institute of International Affairs, opened the seminar by thanking the guests from Fudan University for joining the event and by giving an outline of the programme of the day. She also gave an introduction to the Finnish Institute of International Affairs and noted that the Global Security Research Programme has three researchers focusing on Asia, signifying the importance of the theme at the Institute.

Dr Mikael Mattlin, Researcher at the Finnish Institute of International Affairs, gave the opening remarks at the beginning of the first panel on Governance and economic challenges. Due to the absence of Professor Zhang Jun, Dr Mattlin summarized his presentation as an introduction to the panel. The main question of the presentation was whether China can sustain its growth. According to Zhang, the reasons for growth are cyclical, not structural and hyper-growth phases eventually end as the well-known examples of Japan and Taiwan have demonstrated. A period of modest growth is predicted for the coming years. Therefore, institutional reforms are required both in state and financial sectors. Furthermore, the Chinese leadership is well aware of this scenario and prepared to execute reforms.

The topic of the next presentation by Professor Wang Zhiqiang was Understanding the Path to Rule of Law in China. According to Wang, Western conceptions of rule of law need to be revisited in the context of China. To illustrate the difference in the respective legal systems, he told a story of how some crimes that might not be considered crimes at all in the West, are punished quite severely in China. He also stressed the importance of compromise and maintaining good relations in the Chinese legal system. He described the Chinese political system as strongly centralized and reminded that in China the supreme court can reverse judicial decisions, leading to possible social sanctions for the local judge, should the decision be reversed. Wang outlined challenges in the Chinese legel system, such as a level of uncertainty regarding property rights as well as the insufficient formalism in interpreting the law. Finally, Wang summarized his idea that there are various concepts of justice and they need to be revised in order to understand the Chinese society.

Assosiate Professor Liu Chunrong described the newly-established research centre in Europe as an important focal point for high-level research and theory on China. He then proceeded to his presentation on Understanding Local Governance Innovations in China. Key debates on China concern the question whether a) a possible democratic transformation will emerge, stemming from the market economy, strengthening middle class and civil society organization, or b) should one instead expect authoritarian resilience and a looming collapse because of mass protests, leadership succession, economic crisis or slowdown or c) regime persistence by elite integration and social incorporation. According to Liu, regime adaptation is the most probable outcome. Leadership succession is being institutionalized, ideology is transforming from class conflict to harmony, while intra-party and local democracy is under consideration among the leadership.

According to Liu, grassroots democracy, the government-NGO relationship and urban community building are key institutional transformations. China might not be as hostile to NGOs as many Western scholars think. During the recent earthquake, organising volunteer movements was even recommended by the government. Liu stated that China hosts the largest grassroots democratic education programme in the world with millions of local leaders taking part. The background to the programme was the collapse of the People’s Commune System and the return to a household responsibility system with a subsequent power vacuum, resulting in self-governing groups, which were later institutionalised. Rural elections follow standard frameworks of decision-making. The process has led to more accountability, more investment (15 per cent more public investment projects) and more social capital. There is a spillover effect of more elections and local democracy spreading to townships and cities as well. However, experiments on a larger level have seen opposition from the ruling party. Many challenges and limitations remain, such as vote buying, confiscation of land and conflict with overarching power structures.

Liu asserted that government-NGO partnership is increasingly important and the amount of NGOs is on the rise. However, NGOs are strictly regulated, regional branching is prohibited and there can be only one similar NGO in one regional area. Urban democracy is undergoing transformations as society changes rapidly. Mass protests have seen a steady increase during the past decade.

An audience member commented that China’s economic growth may be a hinder for growth of democracy, because the system of political participation remain extractive, not inclusive, at least at the national level. Liu replied that he generally agreed, pointing out however that the National People’s Congress has a consultative body and this might open new possibilities. Another remark concerned over-mediation in the Chinese legal system, which might potentially work against the principle of the rule of law and encourage judges not to take responsibility. In response to another comment, Liu believed that elections may channel political expressions that would otherwise erupt as demonstrations and conflicts. However, it may also work the other way around, triggering unrest.

Mr Jyrki Kallio, Researcher at the Finnish Institute of International Affairs, opened the second panel on Urbanisation and social problems. The first speaker, Professor Ren Yuan gave an overview on Temporary Migrants and Their Social Integration in the Process of Urbanization in China. According to Ren, China is undergoing an important transformation. Urbanisation and migration potentially increase social mobility as cities provide possibilities for social ascent. However, differences between urban and rural inhabitants are accompanied by new social stratification and causes new clashes and constraints between competing groups. A strengthening middle class is benefiting from and demanding more economic growth. Migration and urbanisation is of course a global issue, but China’s migration is mainly internal, compared to international migration taking place between many Western countries. Though internal migration is not statistically speaking immigration, the central challenge is integration.

Ren stated that temporary migration is the driving force of urbanisation. In the past decade, urbanisation in China has risen from about 35 % to about 50%, and the current urban population amounts to 670 million people. About half of the urbanisation stems from internal migration, that is, temporary migrants. Some 60-65% of urban workers are in the informal employment system. This causes a phenomenon of incomplete urbanisation, where people don’t actually have a foothold in the cities. This is why the level of ”real” urbanisation is actually significantly lower than what is often being claimed. The failed integration causes unwillingness to invest in education and training by both the workers and their employers, which restrains social mobility and increases poverty and crime. As the rate of savings remains high and the money is sent back to home towns, consumption and economic growth shrinks. Thus, the key point for China’s urban policy is to integrate migrants as rightful urban citizens. In response to an audience question, Ren explained that local governments are discouraged to organise social welfare systems for temporary citizens as the money goes elsewhere, which makes the integration process even more challenging.

Professor Gui Yong gave the concluding speech of the day by analysing the Impact of the Internet on Collective Actions in China. The total number of internet users is approaching nearly half of the population, when in 2005 it was less than 10 percent. According to Gui, Internet contributes to the emergence of collective action and brings new forms and characteristics to it. Increasingly, movements are organised around an opinion leader. Cheap and speedy information dissemination makes nation-wide mobilisation easier. Formal organisations and traditional leaders are no longer necessary for collective actions. Internet enhances the resistance ideology, which has been so far ignored by studies. However, one should not exaggerate these mechanisms, for the causes and dynamics of collective actions are not radically changed by the Internet. Compared to traditional Internet, mobile Internet can be used to disseminate information in a variety of situations. This is particularly true with social media. The digital divide is closing and more and more people from all social classes have an access to the mobile Internet; the number of mobile Internet users is growing exponentially. As a consequence, everyone is now a journalist and a mini TV station. Given that many collective action participants in China come from lower social classes, wide mobile Internet usage will radically change the nature of collective action in China. An audience commentator asked whether there are limits to the increasing freedom the mobile Internet provides, and professor Gui replied that this form of communication can indeed be controlled but also provides new opportunities in the freedom to organise. 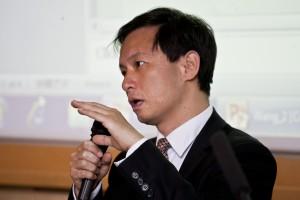 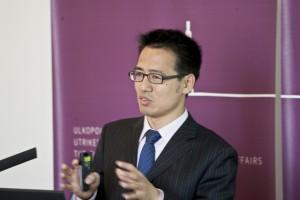 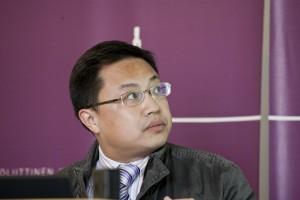 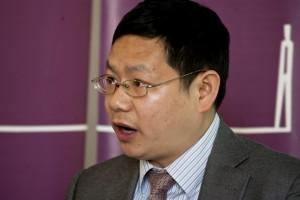 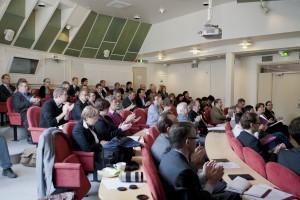