Under the leadership of the new Minister for Foreign Affairs, Margot Wallström, Sweden is formulating a Feminist Foreign Policy with an approach to international affairs based on the three ”Rs”: Rights, Representation and Resources for women, as a way to promote peace and security. The seminar will discuss how to implement these questions in practice.

Margot Wallström is the current Swedish Minister for Foreign Affairs. She previously served as Vice President of the European Commission, a member of the Swedish Parliament and as the first ever Special Representative of the UN Secretary-General on Sexual Violence in Conflict. She is a longstanding advocate for women’s rights and gender equality.

Dr. Marjaana Jauhola (PhD International Politics, Aberystwyth University) conducts research on political violence, and gendered politics and norms in post-disaster and post-conflict reconstruction. Her publications include Post-Tsunami Reconstruction in Indonesia: Negotiating normativity through gender mainstreaming initiatives in Aceh (Routledge 2013) and she works on the ethnographic film Scraps of Hope coinciding the 10th anniversary of the Aceh peace process.
Chair:
Liisa Laakso, Dean, Faculty of Social Sciences, University of Helsinki
Summary of the seminar:
The seminar was opened with brief introductory remarks by Liisa Laakso, Dean of the Faculty of Social Sciences.

The keynote speech was delivered by Margot Wallström, Minister for Foreign Affairs of Sweden. Ms. Wallström highlighted in her speech that sexual and gendered violence is not a women’s issue but an issue of security and peace for all humankind. It is one of the most serious and challenging issues of our times. To tackle this, Sweden has created a concept of feminist foreign policy. First Minister Wallström set the larger framework for gendered violence after which she continued with the concept and agenda of feminist foreign policy.

Minister Wallström called for holistic and evidence-based approaches to gender and conflict. Governments and global institutions are beginning to realise that they need much more gender disaggregated data and gender analysis in order to ensure effective responses. 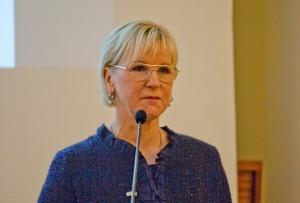 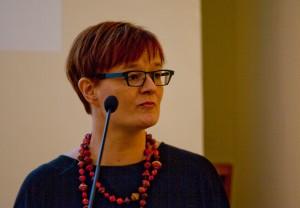 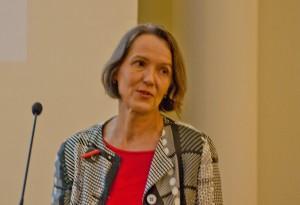 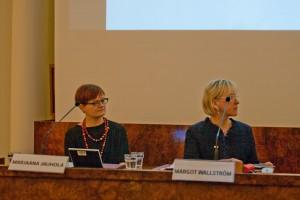