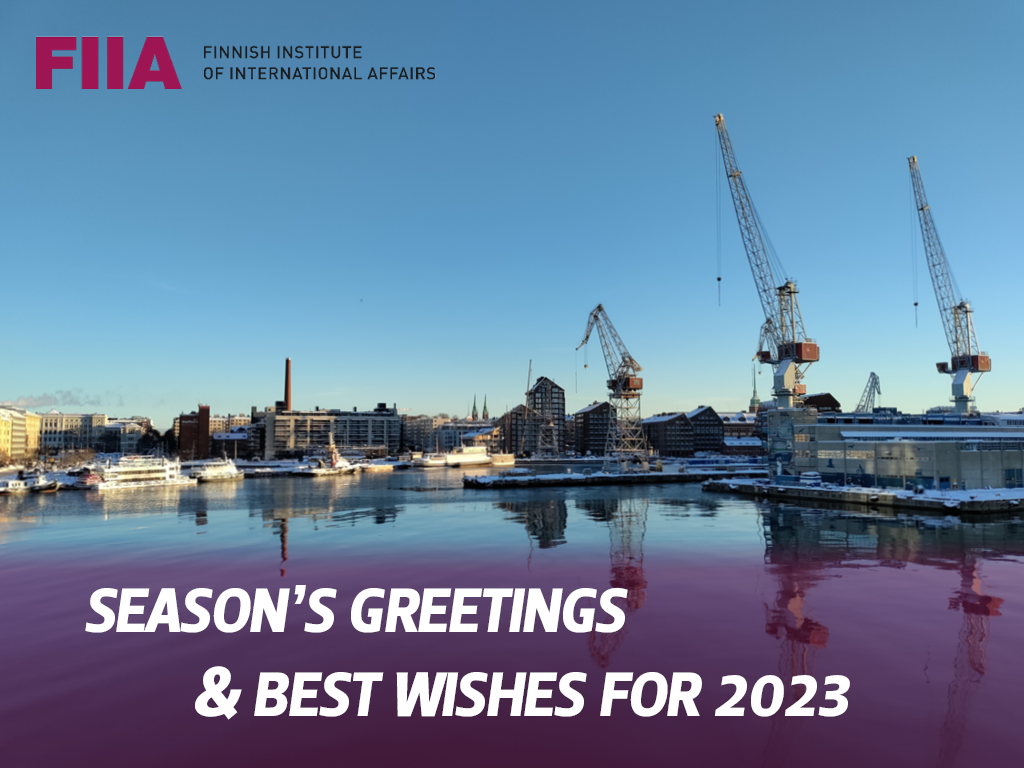 The new independent study by the Finnish Institute of International Affairs Suomi Afganistanissa 2001– 2021: Vakauttamisesta ulko- ja turvallisuuspoliittisten suhteiden vaalimiseen examines Finland’s activities in Afghanistan by focusing on why Finland decided to engage in Afghanistan, on what its activities were based, and what can be learned from them for future crises and conflicts. The research report broadly examines the consequences of Finland’s objectives, the logic behind its activities and the key challenges from the perspectives of military crisis management, civilian crisis management, and development cooperation and humanitarian assistance. The publication has been written by Leading Researcher Katariina Mustasilta, Research Fellow Tyyne Karjalainen, Senior Research Fellow Timo R. Stewart and Research Assistant Mathilda Salo. The report was commissioned by the Foreign Affairs Committee of the Parliament of Finland.

The new FIIA Finnish Foreign Policy Paper Finland as a NATO ally: First insights into Finnish alliance policy delves into Finland’s emergent NATO policy by identifying and analysing its underlying factors and rationales. The paper describes the evolution of and recent trends in several areas of NATO activity and discusses what those mean for Finland. The publication has been written by Leading Researcher Matti Pesu and Senior Research Fellow Tuomas Iso-Markku of the Finnish Institute of International Affairs.

FIIA launches a new research center focused on global orders and China in the beginning of 2023.

The Center on Global Orders and China (CORD)  is built around a core of expertise on issues of international relations and international political economy pertaining to China’s strengthened role in international affairs.

CORD produces policy-relevant information on China, based on rigorous and critical research. 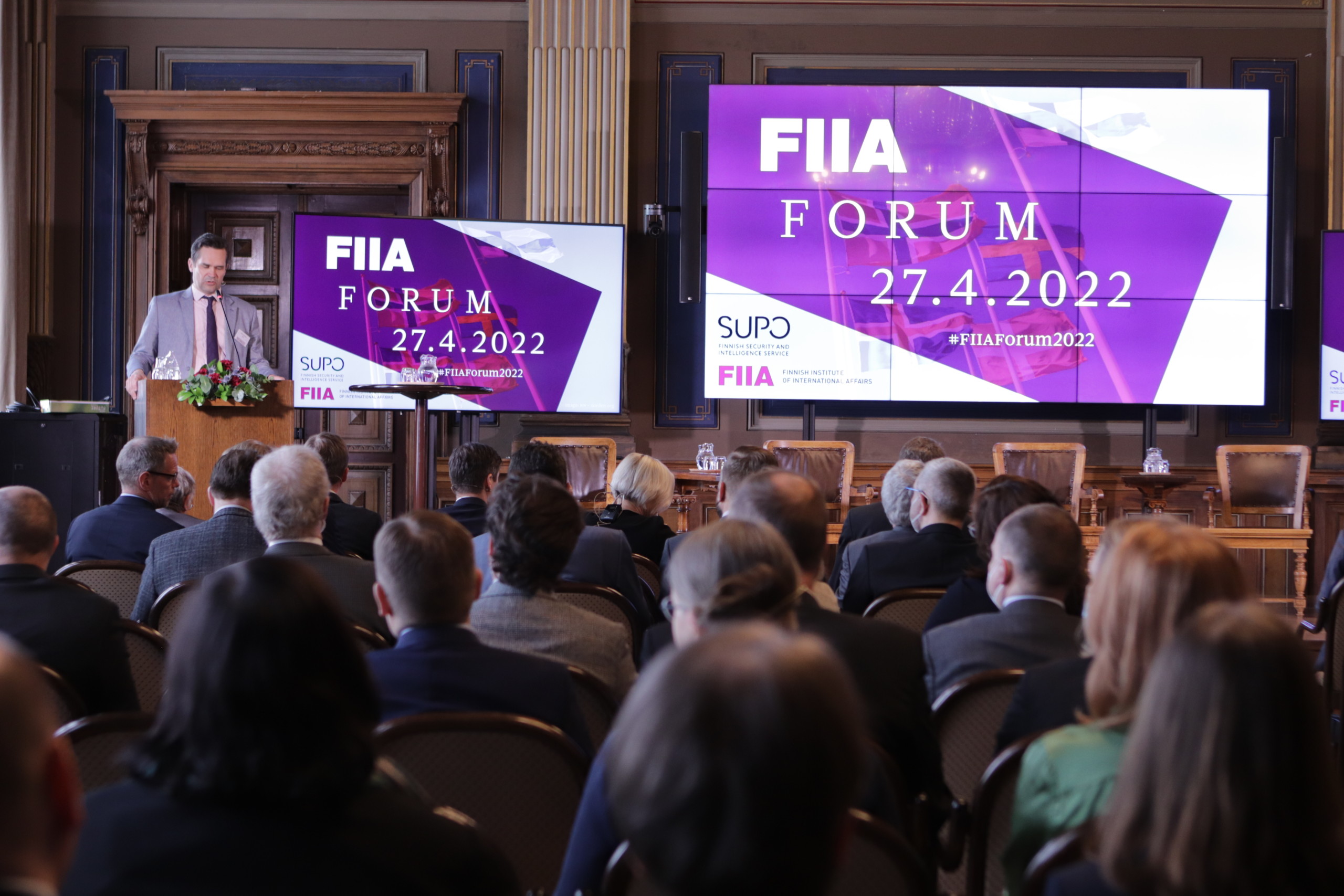 FIIA will organise its annual frontline event, the FIIA Forum, on Wednesday 8 March 2023. FIIA Forum is the Institute’s main yearly event highlighting the core topics of FIIA research. The topic of FIIA Forum 2023 is Global Order(s) and China. The event also marks the launch of FIIA’s new research center focusing on global orders and China (CORD). Speakers will include Professor Alastair Iain Johnston (Harvard University) and Professor Yan Xuetong (Tsinghua University), among other experts. The event will be livestreamed. You can sign up for the live stream here.

MSocSc Henri Vanhanen has joined FIIA in December as a Research Fellow. He will be working at the Finnish Foreign Policy, Nothern European Security and NATO research programme.

Shifting alliance dynamics in the Indo-Pacific: Is the Taiwan question going regional? by Bart Gaens and Mikael Mattlin.

Europe’s lack of leadership: Is it the smaller states’ time to shine? by Minna Ålander

Jyrki Kallio: Avain Kungfutselaisuuteen. Valittuja kirjoituksia kolmelta vuosituhannelta.
Senior Research Fellow Jyrki Kallio has edited and translated into Finnish his book Avain kungfutselaisuuteen. Valittuja kirjoituksia kolmelta vuosituhannelta (Gaudeamus). The Key to Confucianism brings together interesting fragments from both the classics of the Confucian canon as well as non-canon texts to best describe the development of the Confucianist school of thought. 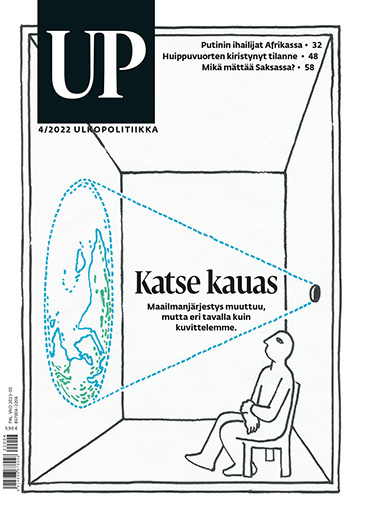 This year’s last issue of the Finnish Journal of Foreign Affairs (4/2022) examines the changing international system and growing influence of the global south  ̶  a blind spot for many Western analysts. As Europe and the United States struggle to protect the existing rules-based global order from challenges posed by China and Russia, states in the global south are wary of picking sides. Instead, a global order based on flexible networks, clubs and partnerships is taking shape. Other topics covered in this issue include Finland’s evolving nuclear weapon’s policy, the EU’s hydrogen policy and Germany’s waning leadership status within the EU.