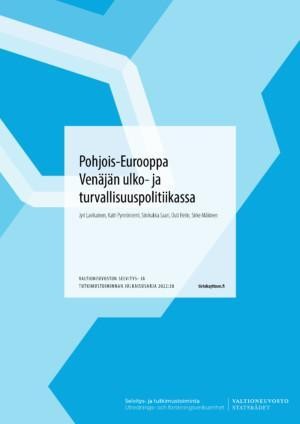 The report describes two diametrically opposed models for bilateral relations that Russia’s strategic communication constructs: ‘good neighbour’ and ‘unfriendly state’. The purpose of the models is to depict Russia’s strategic interests as pragmatic cooperation, although Russia primarily expects Nordic countries to take Russia’s interests into account and refrain from defense cooperation with Western actors. At the same time, Russia attempts to hide the security threat resulting from its own actions to its neighbours. Russia’s 2022 invasion to Ukraine has eroded its ability to use the model of ‘good neighbourhood’ in its strategic communication. In the current situation, Russia defines democratic Nordic states that defend international law as unfriendly states.

This publication is part of the implementation of the Government Plan for Analysis, Assessment and Research. (tietokayttoon.fi) The content is the responsibility of the producers of the information and does not necessarily represent the view of the Government. The permanent address of the publication is: https://urn.fi/URN:ISBN:978-952-383-072-1