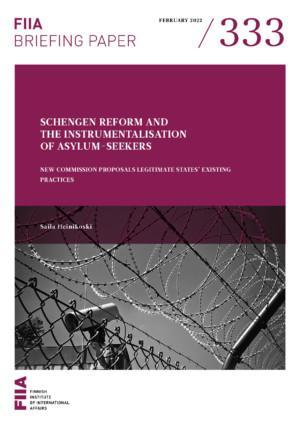 The European Union lacks a consistent asylum and migration policy, which makes it vulnerable to the instrumentalisation of asylum-seekers, most recently visible in the Belarusian actions at its borders with EU countries.

In December 2021, the European Commission published proposals on tackling the instrumentalisation of migrants and reforming Schengen rules, but they appear to miss their targets.

Instead of addressing the hostile third country, the instrumentalisation proposal weakens the rights of asylum-seekers at the border.

Asylum and migration policy is also progressing, as the 18-month-old proposal for the New Pact on Migration and Asylum is expected to move forward, contributing to the badly needed harmonisation of policies.