frontpage / publications / The war and reforms in Ukraine: Can it cope with...
Download PDF
Download PDF
Info Reading mode 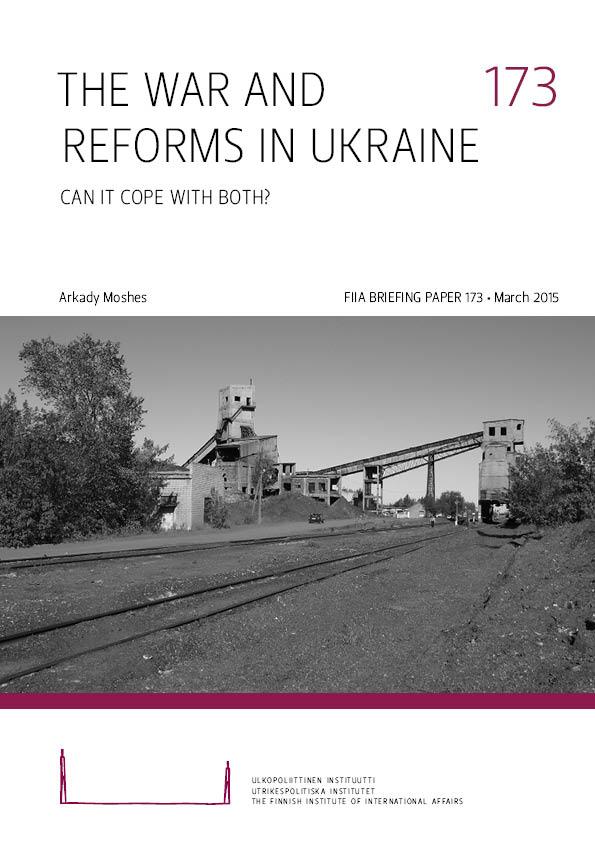 The military conflict in the eastern part of Ukraine is the main factor determining also the internal political situation in the country. On the one hand, as long as the conflict calls for national consolidation and strengthens the understanding that only a reformed Ukraine may hope to endure, the war should drive the transformation. On the other hand, the conflict poses a major impediment to the changes, not only because it is a drain on resources, but even more so because it tempts Ukraine to blame its own inaction on “objective difficulties”.

A number of conditions currently favour the reforms proceeding as planned. Ukraine enjoys a sizeable pro-reform majority in the parliament, and the population is still largely supportive of the government. The influence of the anti-reform opposition is smaller than ever. The Association Agreement with the EU, and the IMF programme are in place to serve as powerful vehicles of transformation.

However, progress to date has been limited. The necessary change is certainly going to be painful for the population, which partly explains the reluctance to undertake radical steps. Resistance from the country’s oligarchs and within the extremely corrupt environment as a whole is apparent, to which a lack of experience can be added. Any further delay will threaten to destroy the existing confidence that has been bolstered among the people.

In this situation Western assistance for the reforms in Ukraine will become crucial. But it will make a difference only if strict conditionality is applied.