Building capacity in the rule of law (RoL) sector in Afghanistan is a fundamental aspect of establishing sustainable peace and human security for the Afghan people and is a topical issue for crisis management practitioners. The aim of this seminar is to discuss the issues surrounding strengthening RoL functions in Afghanistan from the ground level. The focus will be on the current situation and future perspectives with a practical approach in regards to building RoL capacities.

Plenary 1 – View from the Ground

PLENARY 1 VIEW FROM THE GROUND

The seminar was opened by Mr Jari Vaarnamo and chaired by Mika Aaltola. In his opening speech, Mr Vaarnamo underlined the importance of a discussion on the topic of rule of law. In a complex and entangled world what happens in Afghanistan, matters everywhere around the globe. A controlled political space is a utopian idea.

As the most recent attacks in Afghanistan once again demonstrated how the rule of law (RoL) does not prevail in the country, building capacity in it is essential for the future of Afghanistan. Building capacity in rule of law needs to be a joint effort between different actors from different fields, and many of these actors gathered together for the seminar in Wanha Satama.

The first speech was that of BG Jukka Savolainen, presented by Mr Norbert Koster. Savolainen’s point of view was that of the EUPOL. He described how EUPOL was lining the police sector reform with the justice sector reform. The ultimate aim of the EUPOL mission is to help the government in stabilizing the country, and assisting in establishing the rule of law. Various problems persist, but also advances have been made. One sign of advances was that the Afghan police were capable to react to the newest attacks, and thus showed their response skills.

Nonetheless, the training of the police is still underway and there are major gaps in the judiciary. There is a deficiency in the training of judges and a clear security gap for the members of the judiciary. In addition, low salaries as well as corruption are an obstacle to the proper functioning of the judicial system. There are also inconsistencies where Sharia law meets state law. The chain police-justice-court-prison is as strong as its weakest link and as long as these problems persist, the rule of law cannot be said to exist in Afghanistan. Altogether, the rule of law is a necessary element for the appeasement of the country, as stability in security brings economic and social stability.

The second speaker was Matthijs Wolters who presented in more detail the case of the Netherlands police training mission in Kunduz. In Kunduz the legal system is fairly developed compared to the rest of the country, but still the population sees security as its main concern.

Most legal cases are related to the social situation in the area: a vast amount of Pashtu population had left the province, and upon return issues on house and land ownership arose. There are major deficiencies in the legal system in Kunduz, starting from a presumption of guilt instead of a presumption of innocence. Many presumed offenders do not get adequate defense for practical reasons, and court cases are only rarely open to the public.

Also Mr Wolters underlined the chain of police-prosecution-judiciary-correctional system. In addition, he put emphasis on the awareness of the people of their own rights and to the access to justice for especially for vulnerable groups. It is important for the police to have greater respect for individual rights, and that trust is built between police and population. Literacy is a crucial element, and needs to be improved. The cooperation between the police and the prosecution is a link that needs strengthening. A more reliable justice sector improves the confidence in state institutions in general, and enhances the protection of human rights.

In conclusion, Mr Wolters raised some points of importance for the international coalition to take note of. One of the major problems even in an area as restricted as Kunduz, is that there have been so many actors both from the civil society and others but very little cooperation between these groups. Collaboration between various actors thus needs to be enhanced. Involving the locals in the whole process of building RoL in Afghanistan is called for. If the communities do not agree with the goals, there will be no success in implementing new measures. It has to be noted that there is an intricate relationship between the security situation and the RoL: on the one hand, when the security situation deteriorates, also the RoL situation deteriorates.  On the other hand, RoL is elementary in promoting security. The aim should be to outgovern instead of outfight the insurgency.

In ten years, there has been very little progress in security issues. The situation is alarming given that in only two years time the power over the security system will be transferred to Afghan control. Major problems in many areas persist, including corruption, poor morale, illiteracy and involvement in drug trade. As the police are closer to soldiers than to community police, most Afghans do not trust the police. A large amount of the money aimed at enhancing the Security Sector Reform (SSR) has gone missing, and the system is not capable of absorbing the money.

There is a need for a holistic focus on the SSR, it is not enough to train the police, since that is useless in case the judiciary system does not work. In addition, it is very difficult to reform the security sector during a conflict and without the elite’s consensus on the need for a reform. Moreover, the unique context of the country has not been taken into account and thus the reform has not been adequately adapted to Afghanistan. Instead, the West is replicating Western structures. Also in comparison to the low budget of the country, the amount of money currently needed to upkeep the security sector as it is, is tremendous.

The key lessons learned from the last 10 years of Western presence in Afghanistan are the need to better understand the local environment and the need cooperate with all local actors, including political and religious leaders. Realism is crucial: a Western model security system is not possible in a country where illiteracy is common. The contractors need to be monitored, or the donors become part of the problem. A long term commitment to the reform process is vital for its success, and long term solutions can only be found by listening to the locals, and by keeping regionalism and sustainability as goals.

Mr Sedra concluded that two years for the transfer of power to local hands is a very short time in this situation. Avoiding a civil war will be dependent on some sort of agreement with the Taliban and other anti government troops. The international community needs to be committed to the process, cooperate with the regions and make sure the funds do not dry out once the troops leave the country.

Dr Kathleen Kuehnast spoke about gender and peace building. War itself is always a gendered process, as both genders are affected differently by the war. Conflicts affect gender relationships, and might even accelerate gender equality, when women take up men’s tasks during wartime. The role of civilians during war time has notably changed. Nowadays it is more dangerous to be a woman in a modern conflict than to be a soldier.

Women are not typically represented in peace processes at all, even if peace building is a big and difficult process and would require the support of women as well. In the peace building process within Afghanistan, gender issues have been set aside compared to other priorities. Women’s roles in the peace process could make a difference, but there is a lack of metrics to measure the problems and the solutions.

The RoL and gender fields have parallel concerns, but there is still a lack of donor collaboration. There is a culture of corruption in the country that has to be changed into a culture of lawfulness.

To advance the peace process, closer donor collaboration is needed. It is necessary to take into account the diversity within the country, and to consider the social reality and include the youth in the process. Local dialogues are elementary for the process, and including neighboring countries in the dialogues might bring new viewpoints into the dialogue. Also example can be taken from other countries; women’s empowerment programs in Afghanistan could learn for instance from those in Iraq. Typically projects and programs are replicated without analyzing the lessons learned. Men also need to be engaged in the programs concerning the rights of women. Men need to know about these rights to be able to act accordingly. Dr Kuehnast also underlined the importance of listening to the locals and their views on their own needs. 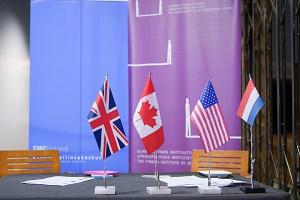 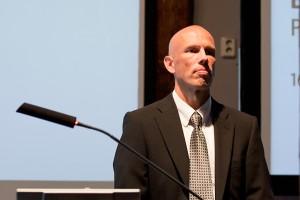 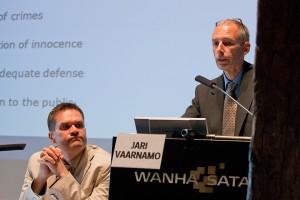 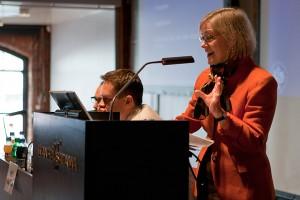 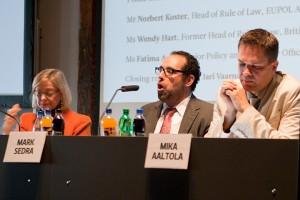 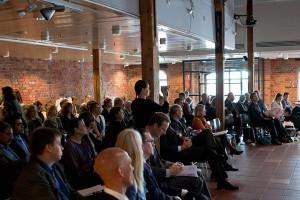 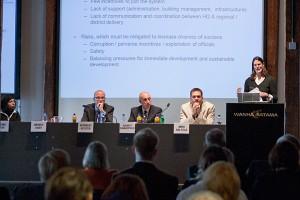 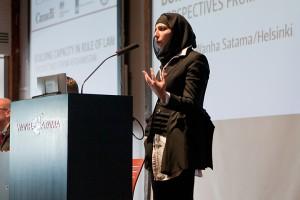 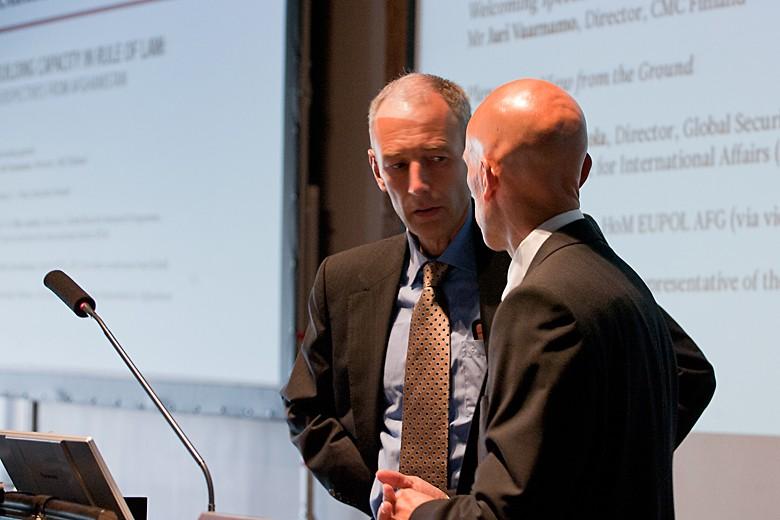