After the Russian attack in Ukraine on 24 February 2022, more than 5 million people have left Ukraine and at least the same number is displaced within the country. The European Union was quick to react: it activated for the first time the Temporary Protection Directive, providing immediate protection for those fleeing Ukraine. At the same time, the French Council Presidency is working hard to reach an agreement on the New Pact on Migration and Asylum proposed by the European Commission in September 2020.

The townhall meeting is organised in the framework of the project ‘DiCE – Differentiation: Clustering Excellence’. 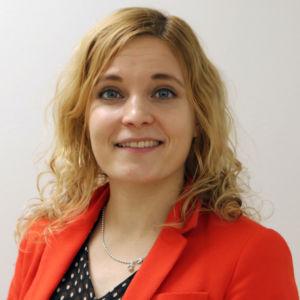 Saila Heinikoski works as a Senior Research Fellow in the European Union Research Programme at the Finnish Institute of International Affairs. After gaining her PhD in Political Science at the University of Turku, she has worked as a Researcher at the Finnish Border Guard, as a Senior Lecturer at the University of Lapland and as a Post-doctoral Researcher at the University of Helsinki. Her expertise covers the analysis of political discourses, border management and free movement policies of the European Union and European integration from the perspective of various member states. In addition to numerous scientific articles on topics related to European integration and mobility in various European countries, she has written The History and Politics of Free Movement within the European Union: European Borders of Justice (Bloomsbury 2020) and co-authored, along with Sia Spiliopoulou Åkermark and Pirjo Kleemola-Juntunen, Demilitarization and International Law in Context: The Åland Islands (Routledge 2018). 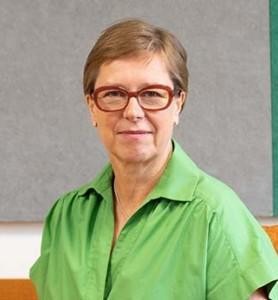 Minna Hulkkonen is Director General at the Migration Department of the Ministry of the Interior, since 2020. Prior to this, she has held the position of Counsellor, at the Embassy of Finland in Moscow, for the Ministry of Foreign Affairs for Finland (2018-2019), as well as the role of Legal Adviser to the President of the Republic of Finland (2012-2018). She has, furthermore, held the roles of Ministerial Advisor (2018-2019) and Director General (2011-2012) at the International Affairs Unit of the Ministry of the Interior. Formerly, she has also been Ministerial Adviser, previously Counsellor, at the Government Secretariat for EU Affairs at the Prime Minister´s Office, as well as Counsellor for the Permanent Representation of Finland to the European Union in Brussels.

In addition, Ms. Hulkkonen has functioned as Superintendent, previously Chief Inspector, at the Police Department of the Ministry of the Interior (1996-1998), and as Senior Constable at the Helsinki Police Department (1991-1996). Ms. Hulkkonen holds a Master of Laws from the University of Helsinki and has obtained the education of a police officer at the Police Academy. 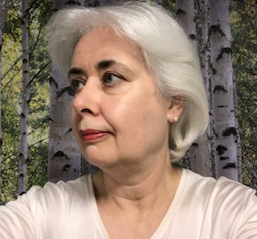 Deputy Head of Unit of the Asylum Unit, European Commission

Cecilia Verkleij works as Deputy Head of Unit of the Asylum Unit in the Directorate General Migration and Home Affairs (DG HOME) of the European Commission. After gaining a degree in law from Leiden University, she worked as a lecturer Constitutional Law and research fellow European Law at the University of Tilburg, and as a civil servant with the European Commission, where she has worked with a number of services, including the Directorate-Generals for Competition and the Internal Market.

Her expertise covers human rights, information exchange and data protection in the areas of law enforcement and security, and free movement of persons within the Schengen area. 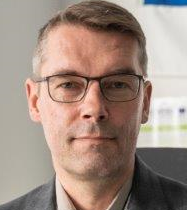 Kari Loukkaanhuhta works as the Head of Coast Guard and Law Enforcement Unit at the European Border and Coast Guard Agency (Frontex). His career started as an officer at the Finnish Border Guard in 1991 where he served in numerous different national positions and international projects until 2005 when he was assigned to assist the first Executive Director in the planning and establishment of Frontex in 2005-2008. After returning to the International Affairs Unit of the Finnish Border Guard, he worked on numerous Frontex and other international border management related topics and projects, including four years as a border policy/management expert at European External Action Service, EEAS. In 2019 he returned to Frontex, first as the Head of Operational Planning and Evaluation Sector before his current position since March 2022. 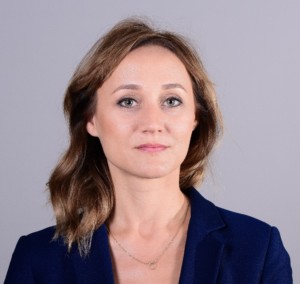 Jolanta Szymańska is the Head of the European Union Programme at the Polish Institute of International Affairs (PISM). Her research interests include migration policy and the areas of home affairs and the institutional system of the European Union. She holds a Doctor of Political Science (University of Warsaw, 2012) and an MA in political science (UW, 2008). Dr. Szymańska has also attended an Erasmus scholarship at the National and Kapodistrian University of Athens. She is a lecturer at the University of Warsaw and the National School of Public Administration, as well as author of many scientific publications on the political system of the European Union and EU's migration policy. 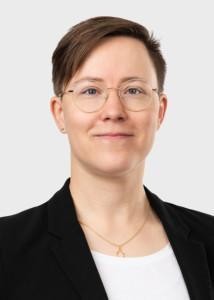 Anna-Kaisa Hiltunen works as the Special Advisor on Communications and Publications in the European Centre of Excellence for Countering Hybrid Threats. She is an award-winning journalist and author and has most recently worked as the Managing Editor of the Finnish Journal of Foreign Affairs at FIIA. In 2020, she was granted the State Award for Public Information for her book Euroopan porteilla (Gaudeamus) which deals with the history of the European Union’s asylum policies.

Dr Juha Jokela is the Programme Director of the European Union research programme at FIIA. His current research interests include political implications of Brexit and differentiated integration in EU’s external relations. Dr Jokela’s previous projects and publications include EU’s sanctions policy, political and security developments in the Arctic, EU’s role in the G20, Europeanization of foreign policy, and Finland’s EU policy. Previously he has worked at the EUISS as a Senior Associated Analyst and Senior Visiting Research Fellow, Advisor at the Ministry for Foreign Affairs of Finland, and Research Fellow and Director of the Network for European Studies at the University of Helsinki. Dr Jokela holds a PhD from the University of Bristol (UK).