Presentation: President Martti Ahtisaari, the Special Envoy of the Secretary-General of the United Nations for the future status process for Kosovo, November 2005 – February 2008.

In November 2005, the former UN Secretary General, Kofi Annan, asked president Ahtisaari to devise a plan for Kosovo based on the report of the situation in Kosovo by the Norwegian Ambassador Kai Eide. President Ahtisaari’s team was originally given “maximum leeway” to undertake the task, yet this changed greatly during the course of time. Special Envoy Ahtisaari and his UN team worked closely with the ‘Contact Group’ consisting of France, Germany, Italy, Russia, UK and the United States. Initially, the Contact Group expressed great hopes (in the ‘Guiding Principles’-document) for an agreed political solution in Kosovo. According to President Ahtisaari, this atmosphere of optimism changed drastically during the course of time.
President Ahtisaari’s first trip to the region took place in late 2005. During this trip it became clear that the entrenched opposing views prevented any compromise. In addition, due to the legacy of the Milosevic years it was apparent that a return to the pre-1999 status was impossible. One key element of the future proposal was that any proposed settlement would have to be approved by the people of Kosovo. Every member state of the Contact Group agreed to this point, including Russia.
The negotiations regarding the technical aspects of the future settlement lasted for a year and no progress was made due to the resistance of the participants. After 17 rounds of direct talks and 26 missions to Pristina and Belgrade the conclusion was that internationally monitored independence was the most viable of the three options at hand (1. business as usual, 2. return to pre-1999 situation and 3. independence). Russia threatened to veto any resolution of the Security Council that would approve Kosovo’s supervised independence. Further negotiations by the Troika (EU, US and Russia) with the participants led to nowhere. However, President Ahtisaari mentioned that he was very pleased with the positive feedback from all the Contact Group members during the process, including Russia. In conclusion, president Ahtisaari said, he knew the plan was not ideal, yet he was determined not to create another frozen conflict and thus his proposal was one that would bring stability to the region in the long term.

What kind of state does Serbia want to be? Developing or stagnant, these are the two roads ahead of Serbia today. The question is not only about Kosovo but about how Serbia wants to see itself. Does it want to be an archaic nation typical for the early 20th century or a post-modern European state? Despite the popularity of Mr. Nikolic, the runner-up candidate from the far right in the January Presidential elections, Prof. Batt argued that majority of the electorate wanted to signal its disillusionment with the government on material grounds rather than ideological ones. Indeed, Kosovo never came up as the determining issue of the elections. There are huge difficulties in the Serbian democracy, especially because of the democratic camp’s inability to cooperate and the Prime Minister Kostunica’s remarkable ability to thwart any meaningful progress. This untenable situation will not last much longer, Prof. Batt anticipated.
Prof. Batt raised a point regarding the ‘homogenisation of the public discourse’. She strongly disapproved the way the press and the politicians are trying to incite public hysteria. She also believes that this will prove to be a short-lived phenomenon as the ‘public opinion in Serbia has remarkable reservoir of sober reasoning’. As an example she mentioned that despite the fact that vast majority of the Serbs disapproved the detachment of Kosovo, most Serbs still accept that Kosovo will never be part of Serbia again. Prof. Batt questioned why no Serb politician has capitalised on this remarkable fact or other issues that would, for example, illustrate the benefits of independent Kosovo for Serbia.

Ms. Tamminen emphasised that Kosovo’s independence is the only viable solution that will assure long-term stability and development of the Balkan region. Ms. Tamminen had just arrived from Kosovo and told that the atmosphere there was very happy and positive. Unlike the images shown in the international media and despite the mutual distrust between different ethnic groups, the situation was very calm even in the multiethnic city of Lipljan.
According to Ms. Tamminen, to achieve credibility and in order to become a functional state Kosovo has three major challenges that it has to face: 1. Need for international support, moral (e.g. recognition of the state of Kosovo) and financial, 2. Functioning government and rule of law has to be strengthened including gradual dismantling of the parallel structures in the northern part of Kosovo 3. Economic stability is also imperative.
For Kosovo to achieve these goals, it needs international support especially from the EU for example through the EU’s civilian crisis management operation EULEX. In addition, Kosovo authorities themselves have to work hard to get Kosovo on its own feet.

Q&A: Numbers of questions were asked ranging from religious freedom in Kosovo to the ambiguous response from the EU to the declaration of independence. The question was asked “Is Kosovo a precedent in the international system in terms of its unilateral declaration of independence?”
The speakers addressed this point in their separate speeches and the following is a summary of their arguments: No, Kosovo is not a precedent as Serbia lost its right to govern Kosovo, if not after the autonomous status of Kosovo was removed by Milosevic in 1989, then after the ethnic violence in the late 1990s. In addition, the Serbian claim on Kosovo is mainly a claim on the territory and there is therefore no willingness on the Serbian side to politically integrate Kosovo and its Albanian residents to Serbia. Serbia has itself admitted that they have no desire or capacity to govern Kosovo. For example, the idea that Serbia would have an Albanian foreign minister or even president would be intolerable for the Serbian leadership and thus speaks volumes of the legitimacy and sustainability of a solution where Kosovo would be part of Serbia. 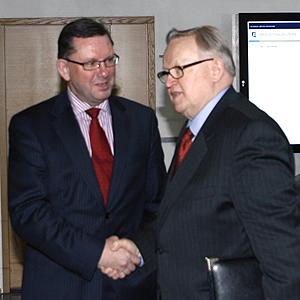 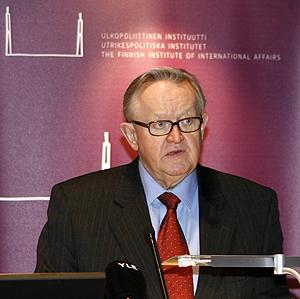 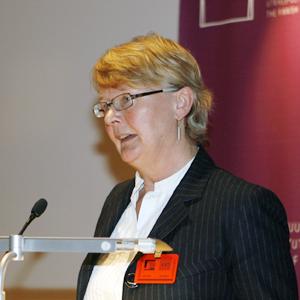 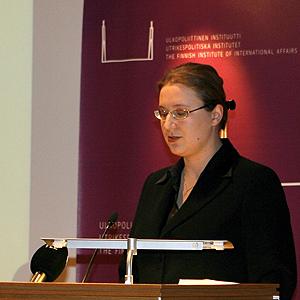