A year and a half after the speech in Prague, where Obama outlined an ambitious agenda of nuclear disarmament and non-proliferation, what are the prospects for the concrete implementation of the President’s vision? How seriously is the United States prepared to take the lead in the pursuit of a nuclear-free world? What steps should be taken in order to reduce the dangers of non-proliferation in particularly volatile areas of the world, such as the Middle East?

The Ambassador started his presentation by noting that at a time when the United States was considered with great cynicism internationally, President Obama came into power with a very different perspective of the global system and multilateralism. His nuclear manifesto was outlined in 2009. In it, the United States committed to seek a world without nuclear weapons. Ambassador Davies assured that this was not just ‘talking the talk’, but that the President is determined to ‘walk the walk’ as well.

Among the achievements during Obama’s presidency are the UN Security Council Summit in 2009, which unanimously adopted a resolution on a nuclear weapons-free world, and the Nuclear Security Summit in Washington in April 2010, which marked the largest event gathering heads of state since the UN founding conference in 1945. Also, actions at home have been taken: in May 2010, the numbers of US nuclear stockpiles were declassified: there are currently 5113 nuclear warheads, which represent an 80% reduction from the stockpile peak in 1967.

Outlining President Obama’s nuclear policy Ambassador Davies described its three pillars, stressing the concrete actions that have been undertaken under President Obama: Firstly, the United States will not use nuclear weapons against states that are parties of the non-proliferation treaty that do not comply with their obligations to the treaty. The country will not develop new nuclear warheads, and a new START-treaty for reducing their numbers has been signed with Russia. Secondly, the US will seek to strengthen the NPT by increasing international inspections and hardening the consequences for non-compliers. Thirdly, the country is pushing for a new framework for civil nuclear cooperation. It considers important to create an international fuel bank to ensure that countries need not resort to domestic enrichment. Ambassador Davies noted that this third aspect particularly would need more attention from the international community. To do its share, the United States announced in May the Peaceful Uses Initiative, in which it pledged 50 million US dollars, with an ultimate aim to reach 100 million US dollars.

As for present day issues, the Ambassador conveyed to the audience a briefing from the IAEA’s general conference, held on 20-24 September 2010.

The Ambassador described the IAEA’s latest report on Syria as troubling, as it demonstrates that Syria is still not upholding its international obligations by credibly explaining the true nature of its secret nuclear activities.

The accession of Israel to the Non-Proliferation Treaty (NPT), as seen by the United States, would be a precondition for the establishment of a Weapons of Mass Destruction Free Zone (WMDFZ) in the Middle East, but even prior to this, both the US and Israel believe that peace must be achieved. Israel feels threatened by larger states in the region that surround it and sometimes are hostile towards it. Also, contrary to what is often thought in Europe, the United States cannot impose certain behaviours on Israel. In the IAEA’s recent general conference, the Arab League-sponsored resolution calling on Israel to join the NPT was narrowly rejected. Ambassador Davies reiterated his view, already published in the media, that this vote did not produce winners or losers, but it was rather about preserving the outcome of the NPT review conference in New York in May 2010 that called for creating a WMDFZ in the Middle East. The Ambassador admitted that Israel’s non-accession to the NPT is problematic, but assured that the US is trying to convince Israel that the issue is of utmost importance.

The United States still sees Iran as the biggest threat to global nuclear security. A report by the IAEA Director General shows that Iran is refusing to follow its obligations. Since last year Iran has accelerated its programme by raising the level of enrichment from 3.5% to 20%, and has announced the plans for 10 new nuclear sites. The US believes that this is a matter that should be dealt through the IAEA, and therefore continues to work with the P5+1 to get the Iranians back to the negotiating table, hopefully to discuss the Tehran Research Reactor, among other issues. In addition to engagement the US also continues with pressure tactics, an example of which was the last round of UN Security Council sanctions in June 2010.

Ambassador Davies concluded by arguing that while Obama’s presidency has started a new era in global engagement, all states should to their share and if a solution to nuclear proliferation problems is not found soon, the world will find itself in a far worse situation in the future.

Comments were provided by Barbara Zanchetta who raised three issues, one for each pillar of the NPT: firstly, since the origins of the NPT, disarmament and nuclear non-proliferation are closely linked, the two cannot be separated, and progress needs to take place on both tracks simultaneously. According to her, President Obama’s personal commitment to the issue is not questioned, but the American leadership in disarmament is a much more complex issue. Nuclear powers, including the US, need to balance national security interests and maintaining a nuclear deterrent while pursuing disarmament. Zanchetta argued that reaching “global zero” – a world without nuclear weapons – may be unattainable in the foreseeable future, but the emphasis should be placed on the process of disarming, and not on the end result.

Secondly, Zanchetta argued that nuclear non-proliferation is not only a technical issue only, but diplomacy and dialogue are needed in order to provide the political conditions for enabling the UN and its agencies to more effectively do their job.

Finally, Zanchetta noted that while the peaceful use of nuclear energy is an increasingly important area for the IAEA, lack of resources hinders the agency’s efforts, which in turn calls for increased funding. In this area, problems arise only when there is a lack of trust between political leaderships, like in the case of Iran and the West. In other words, a broader political framework is needed in order for the NPT regime to be successful.

The audience posed Ambassador Davies a number of questions ranging from the dual standards the United States holds for countries such as Israel and India, the usefulness of an international fuel bank in persuading states that seek proliferation, the significance of the Turkish-Brazilian initiative for the P5+1 talks with Iran, and the US links to Abu Dhabi’s nuclear programme to a timeframe for the Middle East WMDFZ.

Commenting on non-proliferation broadly, Ambassador Davies described the international response to Obama’s presidency as ‘the revolution of rising expectations’. When President Obama noted that zero proliferation will not necessarily be achieved in his lifetime, some took this as a proof of insincerity. However, according to Ambassador Davies, this was a realistic statement. He asked rhetorically, if there was a time in history when states have voluntarily given up weapons systems that they believe are crucial for their survival. However, countries need to keep moving forward, and hopefully the world will finally get there. 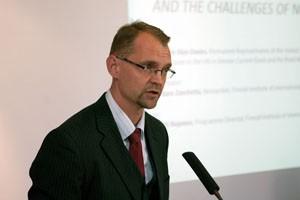 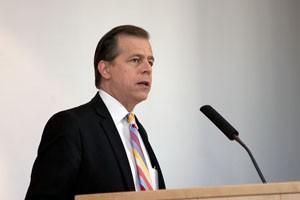 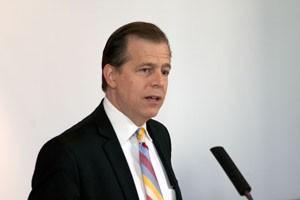 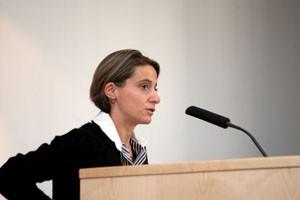 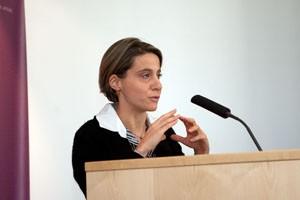 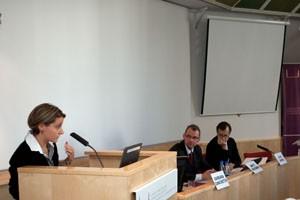