During the past five years, Syria’s uprising has transformed into a multi-layered conflict. Domestic opposition forces are still at play, while regional actors are competing relentlessly to determine an outcome to the conflict in line with their interests. As a result, the Saudi-Iranian hegemonic competition is carried out directly on Syrian soil. Local and global Sunni jihadists have emerged as central players, as have various Shiite militias. This seminar will outline the roles of these confessional fighting groups and assess the chances for a political settlement of the war. Are we currently observing a nascent military victory of the Asad regime? What role are the jihadist factions going to play for a negotiated solution? Will Syria remain a sovereign unitary state?

Comments: Leena-Kaisa Mikkola, Ambassador, Syria Crisis, Department for Africa and the Middle East, the Ministry for Foreign Affairs of Finland

FIIA’s Programme Director Juha Jokela welcomed the audience to this last major FIIA seminar for 2016, focusing on the Syrian war. Jokela mentioned that the situation in Syria is being followed at FIIA from a regional perspective but also by looking at local developments. In order to understand the whole picture of the situation, Jokela noted that the purpose of this seminar is to revisit the changing situation on the ground by viewing the different groups fighting in Syria.

Wolfgang Mühlberger, Senior Research Fellow EU-MENA at FIIA , gave a brief background of the conflict and noted that the prospects for a peaceful settlement look at the least challenging, as there are 98 combat groups deemed relevant for the peace negotiations. The aim of the seminar is to take a closer look at the key actors, both domestic and external, involved in the conflict, in order to better understand the dynamics and possible trajectories of the conflict and the chances for conflict resolution.

Bente Scheller, Head of the Heinrich Böll Foundation’s Middle East Office in Beirut, gave a presentation on the state of affairs of the Syrian regime and an overview of actors that are relevant for considering future efforts to settle the conflict. Currently the Syrian regime is establishing a military victory in the last major city in Syria, Aleppo, but the conflict is not at its end. Whilst many tried to avoid the same mistake as in Iraq of dismantling the state through external intervention, the state institutions have been severely eroded over the past five years, to the point that the regime forces consist of an array of highly diverse groups. Scheller underlined that the more diverse these different actors are, the more difficult it is to establish safety for citizens. Even if the Asad regime would negotiate a deal, it would be difficult to implement it on the ground amongst the groups, since there is no system of accountability. In her presentation, Scheller mentioned the priorities of the main backers in the Syrian conflict, Russia and Iran. Both countries share interests such as the power aspect and not showing support for toppling of regimes, but on the other hand they differ on the sectarian aspect and have slightly different economic interests. In regard to future challenges, both Russia and Iran are going to expect international recognition for their role in the conflict and acceptance of Asad staying in power. The goals of involved external actors demonstrate the complexity of a possible solution to the conflict, which has to take into account not only Syrian but external interests as well.

Aymenn Jawad Al-Tamimi, Rubin Research Fellow at the Global Research in International Affairs Center (GLORIA) with the Interdisciplinary Center (IDC) of Herzliya, Israel, presented an overview of the opposition rebel groups fighting in Syria and the prospects of a settlement. Jawad Al-Tamimi distinguished a couple of important opposition actors that are backed by two operation rooms: one in Turkey and one in Amman, Jordan. The latter focuses on groups in the south of Syria (”Southern Front”) but also in Damascus, whilst the operation room in Turkey covers groups in the northern parts of Syria.

The groups that function under these operation rooms come under the Free Syrian Army (FSA) and consist of dozens of factions. Groups that don’t get backing from the operation rooms but from regional patrons include the jihadist group Ahrar al-Sham which has links to Turkey and Qatar, and Jaysh al-Islam which is connected to Saudi Arabia. Furthermore, relevant jihadist actors that operate on their own are the Islamic State and Jabhat Fateh al-Sham, the former Al-Nusra Front.

On the local level, there are Islamist opposition groups that could be seen as credible negotiators according to Jawad Al-Tamimi . As an example he mentioned the ceasefire for four towns in Syria that Iran negotiated with rebel groups such as Ahrar al-Sham, but it was largely due to Iran’s sectarian interest of supporting the Shi’a community in these towns. Moreover, he sees the jihadist component and the sectarian dynamics in the conflict as extremely problematic, especially in Idlib where the status of minorities is threatened. In regard to broader negotiations on the future of Syria, Jawad Al-Tamimi stated that at this stage the Supreme Negotiations Committee seems to be a failed initiative and Asad’s position has become a binary that prevents any broad political settlement, as neither the opposition nor the pro-government forces seem ready to compromise. In his final remarks, Jawad al-Tamimi addressed the transnational nature of the jihadist insurgencies. He noted that the transnational threat of the Islamic State has diminished as it no longer has access to the Turkish borders, although other groups still have access and could carry out terrorist attacks.

Leena-Kaisa Mikkola, Ambassador dealing with the Syria Crisis at the Department for Africa and the Middle East of the Finnish Foreign Ministry, addressed the topic of how the Syrian war has affected Finland and noted that as we live in an interdependent world, conflicts impact also the Finnish security environment. Finland has always believed in a rules-based international order where human rights are respected, but these are now violated daily in Syria and the international order is paralysed in front of the crises. Mikkola emphasised the importance of humanitarian and development aid and the importance of showing solidarity to Syria and its neighbouring countries. Furthermore, she noted that there is no military solution to the crisis although the Syrian regime is heading for victory in Aleppo and elsewhere. In regard to the reconstruction efforts of Syria, Mikkola underlined that the EU is ready to assist but only when there is a political process in sight and a negotiated, inclusive solution to the conflict. 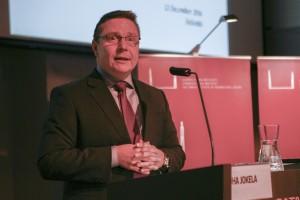 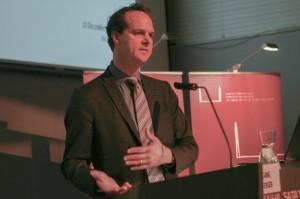 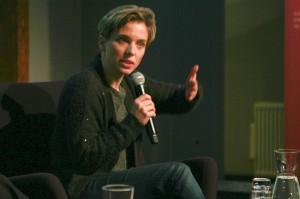 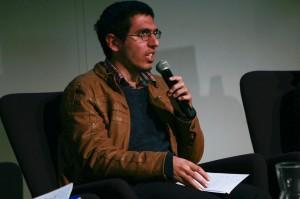 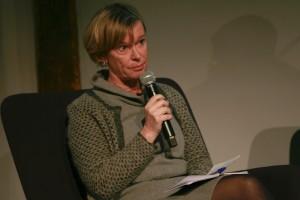