The debate is organised under the aegis of the French EU presidency and will tackle a wide range of themes, such as

–   European security and defence policy: does Europe have the means to achieve its goals?
–   The effects of the enlargement: is an enlarged EU more influential in its neighbourhood and in the wider world?
–   The European Union, the USA and China: cooperation, confrontation or competition?
–   The EU and the African continent: growing closer?

On September 30th, the Finnish Institute of International Affairs in cooperation with the French Embassy organised a seminar about the EU’s role on the international scene. The event took place in the Old Auditorium of the Parliament and it was organised under the aegis of the French EU Presidency. The seminar brought together a representative range of professionals and dealt with the issues of European defence, security and foreign policies, the effects of enlargement, the EU in relation to other powers and the EU in relation to the African continent. The effects of the ongoing financial crisis for the European Union were also appropriately addressed in the debate. The discussion was moderated by Mr Erkki Toivanen and the panelists included Mr. Jean-Dominique Giuliani (Robert Schuman Foundation), Dr. Tommi Koivula (Finnish National Defence University), Professor Philippe Herzog (Confrontations Europe) and Professor Liisa Laakso (University of Helsinki).

Mr Giuliani started the session by describing the official agenda and aims of the French EU Presidency. According to him, the initial priorities of the French Presidency included security and defence issues, agriculture, migration, as well as the various aspects of energy and environmental policies. In his speech Mr Giuliani stressed the need to define common European interests – those of economic, political and security – especially in order to develop common strategies in the EU, e.g. the overall security design of 2030. Until recently, the definitions of the common interests in the Union have been vague and unclear. This is to say that the interests have often been based on a rather old-fashioned modelling that cannot be seen to be valid today. Moreover, in the EU it has been systematically emphasized that stability must be kept on the European borders. Nevertheless, from now on it is much more important to be able to recognize the world outside the borders. In addition to identifying its common interests, the EU should pay attention to defining its shared identity. With a view to the security strategies and the organization of joint action forces, Mr Giuliani maintained that there are still a wide range of unresolved substantial questions as to how the matters of material supplies, technology and transportation are generally to be arranged. The Union also needs to adopt a common identity in the field of security.

Mr Koivula introduced the European Security Strategy in more detail after having reflected on some overall developments as regards the systemic change of the global order. In his words – and as collectively agreed during the debate – the European Security Strategy is in need of urgent revision. Similarly to Mr Giuliani, it was emphasized by Mr Koivula that the common European interests and values, those of democracy, human rights, principles of good governance and rule of law, remain a substantial strength for the EU. As a result, they should play a considerable role when actions are proposed and the strategy is brought up to date. Finally, Mr Koivula stressed that so far the ESS does not appropriately tackle some essential issues and raised concerns such as energy security, climate change or immigration. These issues should be addressed together while identifying new types of threats facing the Union and defining its strategic objectives.

Prof. Herzog offered an economic overview to the debate on EU’s international role, by analyzing on a pan-European level the causes and effects of the ongoing recession and financial crisis. He provided his audience with some insightful ideas on how the overall decline should eventually be dealt with in the EU; which is in urgent need of a comprehensive action plan. Instead of relying strictly on national aid and action, a particular emphasis should, in his view, be laid on pan-European cooperation in solving the current crisis. The shortage of capital due to the financial crisis and economic downturn has made the banking sector ever more dependent on investments. It is in this sphere, where the governments should make their interventions in order to take control of the banking sector. By and large, an eye should also be kept on the actions of “rule-makers” such as the US, as well as other world powers, yet, cooperation would need to be an ultimate aim for everyone. At the end, Mr Herzog called attention to the importance of the ratification of the Lisbon Treaty in order to guarantee stability and to enhance action capacity. Moreover, within the Lisbon framework, the development and competition strategies should be revised.

Prof. Laakso discussed the status of European security framework with a view to the EU development policies, international cooperation and crisis management. According to Laakso, the substance of the EU foreign policy should not be disregarded, as the EU is getting a more and more visible role in the world. Policy Coherence for Development, which is a joint action by the Commission and national governments, plays a crucial role in reinforcing the EU contributions to developing countries. The agreement deals with twelve policy areas altogether, ranging from trade, transport and security to social policy, research and migration. A number of key negotiations involving several continents from Africa to Caribbean are to take place already within the year. The aim of the procedure is to encourage continuing and consistent progress within the developing countries. Together with previous speakers, Ms Laakso highlighted the significance of multilevel, regulated partnerships and joint action in the EU, pointing out that their role in development cooperation and ethnic conflicts should not be underestimated. Yet, the critical challenge for the EU is to maintain its efficiency when formulating the objectives of particular policies and modes of engagement. 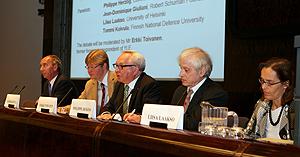 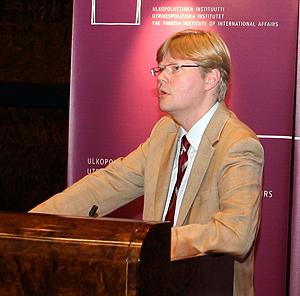 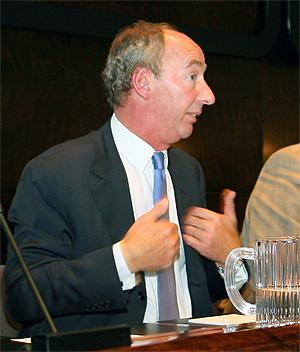 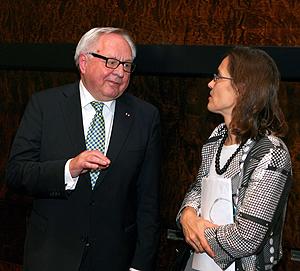 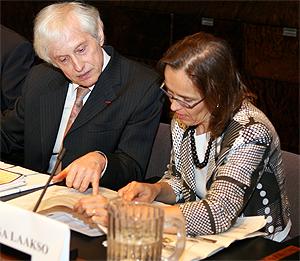