2014 will arguably be the year in which the European Union sets its future course. In the recent
years, ad-hoc management of the euro-crisis was at the centre of the political agenda in Brussels
and in the national capitals. While the EU still has to be prepared for a potential comeback of
the crisis, this year will likely set an impulse for the future direction of the Union. The European
Parliament elections in May and the following nomination of the new EU leadership will provide
first indicators on where the road leads to. Meanwhile, member state will have to take crucial
decisions shaping the political and fiscal integration of the Union. Will they avert a lost decade
and consider bold reforms, or are we left with ‘muddling through’?
Opening remarks:
Dr. Teija Tiilikainen, Director, the Finnish Institute of International Affairs
Key note speech:
Dr. Thomas Wright, Fellow, Brookings Institution
Commentaries:
Dr. Sonia Piedrafita, Research Fellow, Centre for European Policy Studies
Dr. Adriaan Schout, Senior Research Fellow, Clingendael – The
Netherland’s Institute of International Affairs
Chair:
Dr. Juha Jokela, Programme Director, the Finnish Institute of
International Affairs
The seminar is organized in collaboration with European Policy Institutes Network (EPIN) and
under the research project ”EU after the economic crisis”. The project is evaluating EU’s development
trends, and their implications for the EU and Finland with an objective to support political decision-making as well as public debate. The project is funded by the Jane and Aatos
Erkko Foundation.
Summary of the seminar:

Dr. Teija Tiilikainen opened the seminar, which also serves as a season opening for Institute’s events concerning European Union and the coming European elections, by describing the agenda in different countries to be more coherent this time, because of the economic crises. However, more division can be seen rising from the pro/against integration and EU debate.

In his key note speech Dr. Thomas Wright talked about the three scenarios for the future of the EU that were speculated five years ago, and how neither collapse nor a great leap, but a sort of ”muddling through” the crises -scenario seems to have become reality. In his opinion the Union didn’t see itself collapse mostly because everyone had an interest in not leaving the Euro. What prevented a great leap scenario from happening was the tendency of Member States to protect their prerogatives that they feared a new treaty would threaten. This all led to muddling through the crises becoming the way Europe is coping with the situation today.

In the current situation the worst case scenarios need to be thought about. Perhaps the worst of those is the emerging of the two-class Europe in the form of different standard of living, which can be both very dangerous and extremely destabilizing to integration. It could also lead to significant divisions in politics, when different parties see things very divergently. Wright also warned that if the stagnation continues, there will be difficulties in maintaining the influence of the EU in the world. Because of Union’s indispensable role in the liberal world order, this could be a major loss.

Wright ended his speech by pointing out that the European problems are not in fact problems of leadership, but structural in nature. In order to return to robust growth and stability, Europe needs to muddle through evading the risks involved in the current situation.

Dr. Sonia Piedrafita agreed with the fear that two-class Eurozone division will very probably increase in the future. Regarding the situation where EU is heading to elections and the possible directions after the elections, she raised a point that there is significantly low trust and approval to government and EU leaderships among the citizens, showing in part in the raise of popular euro-sceptic parties in southern countries. According to her, the Eurocrises has also damaged the democratic legitimization of the EU in the institutional level, and the mechanisms of accountability in the Union government still remain weak.

In his comments Dr. Adriaan Schout focused on remarks to Wright’s recent paper ‘Europe’s Lost Decade’ covering the same key points, describing the decade more as a learning curve than a lost decade for the EU. Schout stressed the importance of structural reforms on Europe, pointing out however that just investments themselves do not lead to reform and the EU has not shown support for member states’ financial reforms. He raised the possibility that after elections Commission may start to work more as a government, but a push for a great leap might lead to disastrous outcomes if governmentalisation leads to micromanagement of member states. 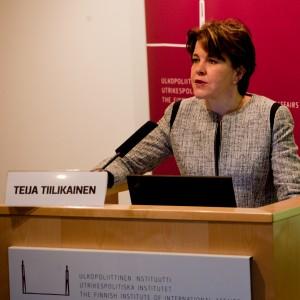 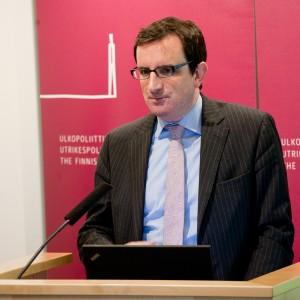 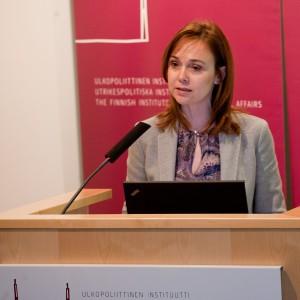 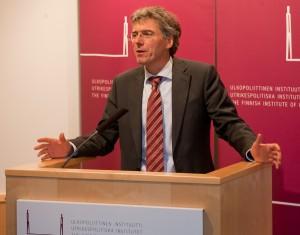 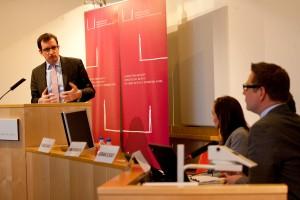