etusivu / Tapahtumat / Strengthening the Role of the Private Sector in...
jaa
jaa

Programme Director Juha Jokela from FIIA opened the seminar, addressing the need to discuss the opportunities and challenges of private sector development (PSD). Antti Karhunen, Head of Unit at the European Commission, gave an overview of the European development cooperation. He emphasized that the EU is the biggest donor in the world, providing more than half of the official development assistance (ODA) to the developing countries. Many issues affect private sector development opportunities and challenges. As population grows rapidly, we have to create 400 million new jobs by 2050 only in Africa. At the same time, economic growth in Sub-Saharan Africa was the highest in the world last year, and urbanization continues. SDGs are particularly important with regard to EU commitments for future action in the areas of private sector and trade. He remarked that developing countries should have a bigger role in global value chains, and the EU should leverage the private sector’s role in development in the areas where market failures exist. He emphasized job creation: the private sector provides 90 % of jobs in developing countries; investments: there is a huge financing gap between ODA and real investment needs; innovation: energy, agriculture, infrastructure, digitalisation, mobile solutions; and growth: 4%-5% of GDP growth on average in developing countries and emerging economies. The EU could help the private sector to engage with developing countries by for example partnering with them, mainstreaming key actors and providing blending, meaning that the EU combines its grants with loans and equities. To conclude his remarks he mentioned that the Commission is developing a practical framework arrangement to incentivize businesses to partner for development objectives.

Tito Gronow, Visiting Senior Fellow at FIIA, shared findings from his current research on private sector development (PSD) in the development cooperation of small and medium-size EU member states in Northern Europe. Financial flows between the North and South are changing and the relative importance of private capital flows is significantly increasing. Still, in the countries selected for this study, the role of ODA continues to play an important role. The economic crisis that began in 2008 has had an impact on both ODA and private flows of the researched countries. There is no direct correlation between increased PSD and decreased untied aid. Development agencies identify and coordinate new actors that can contribute to development both financially and through their expertise and competence. The private sector is very relevant to economic growth but also to the sharing of knowledge and innovation. There is more and more cooperation between state actors, companies and NGOs in projects supported by the selected countries. PSD can make things happen that would not otherwise happen, for example, by sharing risks with publicly financed funds for promising projects in challenging markets. PSD aiming to promote sustainable and inclusive economic growth in developing countries is clearly a development issue. However, many aspects of PSD are also relevant for export promotion. There has been a preference for SMEs in PSD. However, development agencies are increasingly looking forward to partnerships with companies of all sizes. Most companies are interested in middle income countries with their growing middle classes. The focus of the development agencies has traditionally been on LCDs. The primary aims are poverty alleviation and sustainable and inclusive growth in developing countries. Job creation in developing countries is also used as one of the main indicators for the success of PSD. The Transfer of Innovation may also be considered one of the indicators on the effects of development. The selected countries all prioritise environment and climate. The prioritised industry sectors in PSD follow the same pattern as export promotion.

Lisbeth D. Jespersen, Deputy Head of Department, shared experiences from Danish Foreign Ministry’s point of view. The rationale of the Danish development cooperation is to adjust to the current challenges. Denmark identifies synergies between development work and trade. Synergy is about making development assistance (Danida) and facilitation of trade and investment (Trade Council) mutually supportive to address development challenges and promote growth and employment in developing countries and in Denmark. She remarked that the Sustainable Development Goals and the Paris Climate Agreement set the guidelines for development cooperation. Denmark contributes to sustainable economic growth promoting Danish competencies and solutions. We cannot achieve these goals alone, so we need to include everybody, ranging from the field of research to the civil society and the private sector. She also noted that the aim of the Danish government is to reduce poverty, but also to advance security, use Danish competencies best and promote the country’s interests. In order to address development challenges, we must identify synergies between development assistance and trade facilitation. She remarked, that Danish economic diplomacy has had good results, and will play even bigger role in the future. In addition, we should enhance team work by consulting our colleagues and bringing knowledge and expertise to the table from various ministries.

Executive Director of the Finn Church Aid, Jouni Hemberg commented, that the informal sector of the developing countries should not be forgotten. It can play a crucial role in development. Private investment and new actors could increase resources of development cooperation, but it should not reduce official development assistance. He noted that in the most fragile contexts, traditional ODA is still needed to build societies. Civil society organizations remain relevant because they can for example help investors to reach small and medium-sized enterprises. Civil society could offer expertise for other sectors and they should be more creative in mobilizing resources.

Pekka Tolonen, Vice President and Head of Region West Europe & Africa at Finpro Oy, commented that business philosophy is not in contradiction with sustainability. Companies want to engage with new markets, but the developing markets are still difficult to address. Most potential companies for developing markets are the ones that grow steadily, who want to take over new market segments and are concerned with the profitability of their activities. He added that we must consider where Finnish companies could deliver the strongest impacts.

Dr Jokela then opened the floor to questions, which concerned for example the difficulties in cooperation between the private and public sectors, taxation and illicit financial outflows, and which private sector do the speakers mean – the one in the developing country, or the one here. All panelists agreed that both private sectors matter. Mr Karhunen also added that the European Commission aims to support the local private sector, but an improving business environment also benefits external investors. When it comes to tax havens and corruption, the European Commission has a clear policy not to use tax havens and they have directives to ensure transparency. 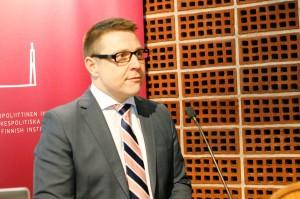 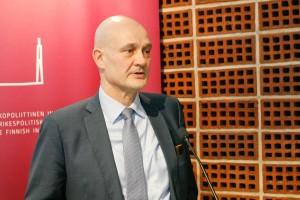 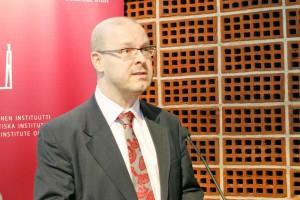 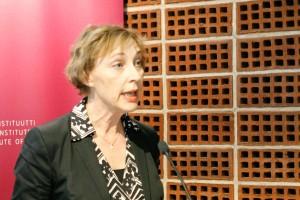 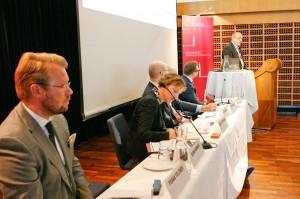 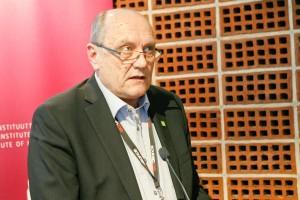 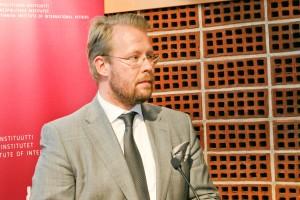