EU IDEA – Integration and Differentiation for Effectiveness and Accountability

The Finnish Institute of International Affairs (FIIA) leads a work package on EU foreign, security and defence policy in the EU IDEA research project, which studies differentiated integration in the European Union. 15 research institutes and universities participate in EU IDEA, coordinated by the Istituto Affari Internazionali (IAI) in Rome. The objective of the project is to find out how much and what type of differentiation supports an effective, cohesive and democratic EU. This project has received funding from the European Union’s Horizon 2020 research and innovation programme under grant agreement No 822622.

Differentiated integration, indicating that states or sub-state entities work together in flexible or non-homogenous ways, has existed since the early days of the Union. Later on, it has become a central characteristic of integration and a key factor defining the future of the Union. The migration phenomenon, Brexit and some other recent challenges have reinforced the belief that even more flexibility in the EU arrangements is needed.

The work package led by FIIA discusses opportunities, benefits and risks of differentiation in the EU’s foreign, security and defence policies. In particular, implications for effective governance, the EU’s constitutionalism, democratic accountability and identity are investigated. In addition to internal differentiation, the work package also covers the effects of third countries selectively joining EU arrangements.

The first publication in the work package coordinated by FIIA discusses the potential and challenges of Permanent Structured Cooperation (PESCO) in the field of EU defence. Link to the publication.

The second publication in the work package examines the central question of the interplay between mostly informal differentiated cooperation formats in European foreign policy, and the foreign policy of the EU. Link to the publication.

Senior Research Fellow Marco Siddi (FIIA) and Riccardo Alcaro (IAI) co-authored the third publication in the FIIA-led work package, focusing on the role of lead groups in European Union foreign policy. Their policy paper analyses two cases in particular, the E3/EU lead group on the Iranian nuclear issue and the Franco-German Normandy duo in the Ukraine crisis. It provides an assessment of their effectiveness and legitimacy in the context of EU foreign policy. Link to the publication.

The fourth publication in the EU Idea WP5 is authored by Senem Aydın-Düzgit (Sabancı University), Ian Bond (CER) and Luigi Scazzieri (CER) and it looks into differentiation in the EU’s foreign, security and defence policy cooperation with neighbouring countries. Link to the publication.

Contributing to another work package (1) of the EU Idea project, FIIA researcher Bart Gaens co-authored a policy paper about differentiation in ASEAN, ECOWAS and MERCOSUR together with Bernardo Venturi (IAI) and Anna Ayuso (CIDOB). Link to the publication. 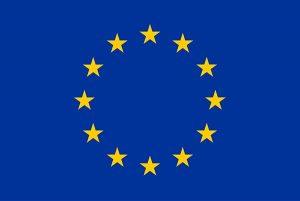