The event marks the launch of the FIIA Report ”Nordic Partners of NATO: How similar are Finland and Sweden within NATO cooperation?” The report is authored by Brigadier General (ret.) Juha Pyykönen.

Director of the FIIA Dr. Teija Tiilikainen opened the seminar and introduced the speakers. She asked how similar Finland and Sweden had been in their NATO Partnerships and how far the countries’ bilateral security policy cooperation could reach.

Brigadier General (ret.) Juha Pyykönen presented the main contents and results of his report. There have been drastic changes in the NATO framework since the 1990s, for example the number of NATO partners have skyrocketed. Finland’s and Sweden’s cooperation with NATO started in conjunction with the Balkan tragedies. This meant a considerable change for the two countries, which had previously contributed only to UN peacekeeping operations but now became important contributors to NATO operations in the Balkans. He noted that even though Finland and Sweden have many similarities within the NATO cooperation framework, differences exist due to their histories, geography, and policies. For example, before the war in Georgia, Finland and Sweden had remarkably different national priorities regarding defence, Finland concentrating in territorial defence and Sweden in crisis management, said Pyykönen. The changed security situation led Sweden to shift its priorities back towards territorial defence.

However, there are many similarities in the countries’ NATO cooperation. As the Nordic partners share a similar geopolitical situation with NATO members, the way they develop capabilities has much in common. Both countries have fully utilized NATO’s interoperability tools, Mr. Pyykönen said. There are a lot of possibilities to enhance the cooperation with Finland and Sweden, including two alternative models as the way ahead presented by Mr. Pyykönen. A relevant question in the NATO framework is how to proceed further in the cooperation without becoming a member, Mr. Pyykönen concluded.

Anna Wieslander, Secretary-General of the Swedish Defence Association, noted that Partnership for Peace cooperation with NATO has increased the quality of defence in both countries. She said that even though Sweden tends to be more idealistic in its non-aligned rhetoric than Finland, it is the closest partner of NATO among the two, as the author of the report had illustrated. Finland and Sweden joined NATO cooperation fast because they wanted to contribute to the common security architecture of Europe, Ms. Wieslander said. Although there is resistance in both countries to NATO membership, they still have a strong interest to enhance interoperability. Cooperation between NATO and its Nordic partners increased in 2015 after meetings and a military assessment of the ‘new normal’ in the Baltic Sea region, initiated by Denmark. The assessment’s conclusions received a broad consensus. It pointed towards better exchange of situational awareness, connection with NATO’s rapid reaction forces, and increased training and exercises in the region. To conclude her speech, Ms. Wieslander mentioned areas where cooperation could be enhanced, for example in the EU-NATO cooperation in hybrid warfare and cybersecurity. Partner representation in the NATO command structure and the political consultations mechanism between Sweden, Finland and NATO could also be improved, she said.

Mikko Kinnunen, Director of the Unit for Security Policy and Crisis Management at the Ministry for Foreign Affairs remarked that Pyykönen’s report was a good monograph, and first of its kind, on the history of Finland’s and Sweden’s NATO partnership; it added to the knowledge of Finland’s peacekeeping and crisis management history and was also the story of a changing security environment in Europe. The report interestingly highlighted the period of Finland’s and Sweden’s differing paradigms on national priorities approximately 10 years ago: Finland stuck to territorial defence, while Sweden’s focus was on expeditionary operations/crisis management, Kinnunen noted. Russia’s actions ended the post-Cold War period in Europe, which focused on wide security or human security, and brought back hard security thinking. This external input and the new security situation changed NATO as well as NATO Partnerships, and allowed further cooperation with NATO. Kinnunen agreed with Pyykönen’s report’s main finding: The Nordic partners could gravitate closer to each other, and towards NATO, because of increasingly similar perspectives on threats, and more cooperative ways to respond to them. He noted that Sweden is a good and natural partner for Finland in security policy and crisis management, because both countries have a common vision of joint interests that they can advance together. Bilateral cooperation in improving the NATO partnerships is a good example of Finland and Sweden working together over the years in a systematic, goal-oriented way, said Kinnunen. That includes the latest reform of the partnerships at the Wales Summit in 2014, and the intensified cooperation during the past few years, he concluded.

Presentations were followed by questions and answers. Dr. Tiilikainen asked Anna Wieslander whether the change in Sweden’s defence system has affected its NATO partnership. Ms. Wieslander noted that the shift back to territorial defence poses a great challenge to Sweden, and Finland has an advantage because it has maintained comprehensive defence. Dr. Tiilikainen also asked about different expectations of NATO towards Finland and Sweden. Mr. Pyykönen said that the expectations vary because of the different geographical features of the countries. He reminded that Sweden is more important to NATO because of the geography, but Finland’s position close to Saint Petersburg and the Kola Peninsula is also challenging. Mikko Kinnunen added that Finland and Sweden are very similar from NATO’s point of view, but the small difference could be seen in times of crisis. Comments and questions were also raised regarding bilateral cooperation with e.g. the United States, differences in Finland’s and Sweden’s Russia relations, and the future of common European defence. 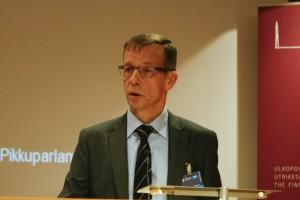 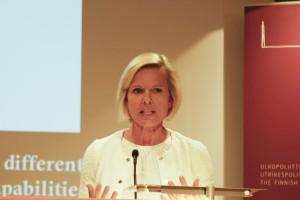 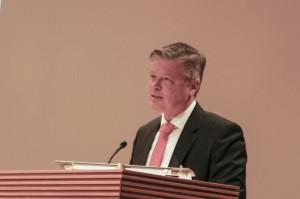