The keynote of this event addresses the two most important questions concerning the United States’ role in the world. The first part of the talk examines how fast America is declining. The underlying assessment is that for many decades into the future, the U.S. will be the only state in a position to sustain a globally engaged grand strategy. The second part of the talk then analyses the current grand strategic debate over whether America should “stay engaged” or should now “come home.” The analysis by Stephen Brooks and William Wohlforth in the recently published book “America Abroad: The United States’ Global Role in the 21st Century” shows that Washington would be wise to sustain the core elements of the so-called “deep engagement” grand strategy, since pulling back from the world would have a variety of negative consequences for America and for its global partners. The conclusion of the talk will then discuss the implications of Trump’s foreign policy stance for Europe. 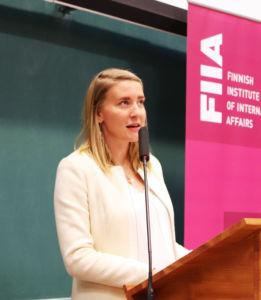 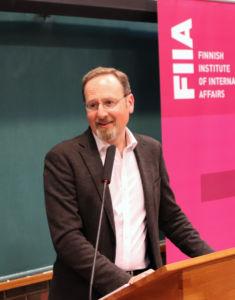 Professor Stephen G. Brooks from Dartmouth College gave a keynote speech in relation to the recently published book by Brooks and William Wohlforth, America Abroad: The United States’ Global Role in the 21st Century. In his keynote, Brooks addressed two questions. First, how fast is the United States declining? Second, should the US pursue a globally engaged strategy or not? Brooks ended his keynote by discussing the implications of Trump’s foreign policy stance for Europe.

According to Brooks’ analysis, the United States will remain, for decades into the future, the only state able to sustain a globally engaged grand strategy. It is now more difficult for a rising power to challenge the position of a global power such as the United States than it was for example during the rise of Germany or the Soviet Union. Developing the capabilities needed would take decades of work and huge investments. China, the only country able to challenge the United States is hugely behind the US in its technological development. It would therefore take decades before the US would be forced to change its grand strategy of deep engagement. As for Russia, Brooks sees it as a declining power with a small global reach.

Instead of pulling back from deep engagement, Brooks recommends United States continue with its globally engaged strategy. This should be done by focusing on the defining components of its grand strategy. These are securing enough stability in Europe, the Middle East and East Asia, promoting a liberal economic order, and supporting and securing the global institutional order. Other options for the United States would be “Deep Engagement Plus” which would include elements such as democracy promotion and active presence in multiple different regions, and the option to disengage by strategically pulling back from global commitments. Brooks does not see these as viable options for the United States. Brooks admits there are risks and costs related to deep engagement, but sees that these are manageable. Pulling back would be a risky experiment that is not worth running, as the United States would not only damage the interests of its global partners, but also its own. Deep engagement provides a better security environment and economic benefits for the US.

The final part of Brooks’ keynote speech dealt with implications of Trump’s foreign policy stance for Europe. Brooks emphasised that the United States will continue to be the best option for an ally to Europe. For Europe to build a military force of its own would require a lot of time and money. Before making significant changes, it would be advisable to wait and see what happens during the next presidency. Brooks did not see Donald Trump’s election as a symptom of a bigger change. Trump is as an outlier in his negative attitude toward Europe. In fact, the American public remains strongly committed to NATO. Trump’s election has actually increased this support among the public. Brooks urged Europe to help the United States not to overextend itself in its global engagement and help the US to keep away from the Deep Engagement Plus alternative. Brooks saw Europe as a good ally for the United States. However, Europe should find more ways to demonstrate its involvement and commitment. 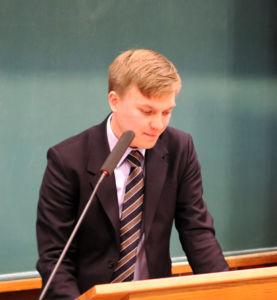