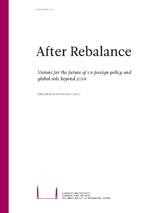 The foreign policy of the United States has often been seen as oscillating between a more withdrawn, isolationist perspective and more expanded, interventionist tendencies. This fluctuation between minimalism and maximalism allows future foreign policy to be evaluated, if one can correctly diagnose which phase of the supposed back-and-forth movement the US is currently in.

The fluctuation is anchored by three broad areas where a longterm bipartisan consensus has existed and will likely continue to exist in the United States. The US is seen as continuing to have an important role in the world, it is generally regarded important for the US to continue to be at least relatively engaged with the world, and the safeguarding of the commitments and alliance responsibilities is perceived as important. This report details the likely dynamics within these points of agreement. Its charts how they define and contain the options for future foreign policies in various regions and thematic areas.

The report identifies some observable trends that are likely to be relevant in the future as the United States moves beyond the era of Barack Obama’s presidency. The first part deals with the more conceptual, doctrinal, and domestic side of US foreign policy tendencies, while the second part approaches more specific regional manifestations of the contemporary and likely future US foreign policy. Most of the chapters in this report were first presented to the second Helsinki Summer Session, which was organized by the Finnish Institute of International Affairs in September 2015.