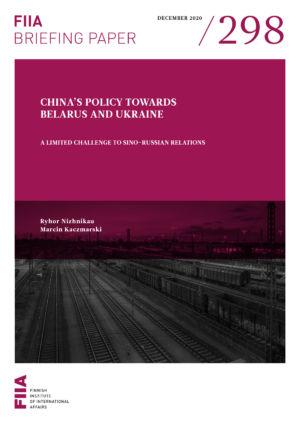 For Belarus and Ukraine, relations with China have become of profound importance in recent years, and China’s involvement with those two states has increased substantially.

The drivers of both states’ engagement with China differ, however. Trade is at the heart of Ukraine-China cooperation, whereas Belarus-China relations are primarily political and a source of balancing against Minsk’s growing dependence on Russia.

Despite this, its political and economic presence will continue to grow in the region, which will affect both Russia’s and the EU’s interests in the medium term.

Belarus without Lukashenko: How it became a realistic scenario