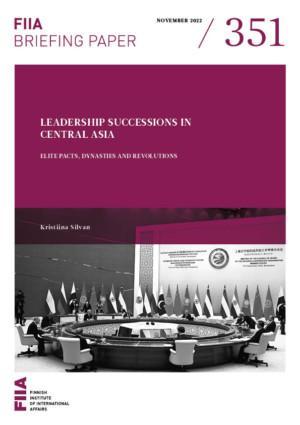 Despite their shared communist past, similarities in political systems, and record of “authoritarian learning” from one another, there is significant diversity in how Central Asian regimes have prepared and undergone leadership successions.

In Turkmenistan and Uzbekistan, personalist leaders died in office and the elites chose a successor after negotiations. Still, most regional leaders have sought to pass power gradually to a designated successor, either a familial or non-familial member of the elite, with varying degrees of success.

Russia’s war in Ukraine has changed the context of Central Asian successions, which means that future transitions will take place in uncharted territory.

Crisis in Kazakhstan: The hollow core of Eurasia’s most “stable” autocracy exposed