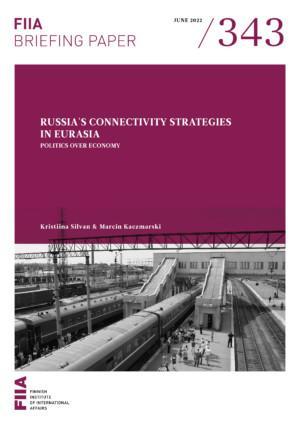 Russia has been attempting to strengthen connectivity within Eurasia since the early 2000s as a part of its policy to “pivot to the East”. Yet due to limited resources and political will, the tangible effects of its connectivity strategy have remained limited.

The Russian Far East would greatly benefit from an improved connectivity infrastructure, given its proximity to Asian markets and the abundance of natural resources in the region. However, the attempts to accelerate regional socio-economic development by strengthening the region’s connectivity have failed to make a difference.

In post-Soviet Central Asia, Russia adopted a passive approach to connectivity in the 1990s and 2000s, which meant focusing on maintaining and protecting the links inherited from the Soviet Union. It was only the pressure of external actors – both China and the West – that prompted Moscow to take a more active stance in the region in the 2010s.

The launch of China’s Belt and Road Initiative pushed Russia to promote its own grand vision of trans-continental connectivity, the Greater Eurasian Partnership, designed to reaffirm Moscow’s great-power status and its equal standing with China. While it lacks economic and administrative foundations and its implementation is highly implausible, it has fulfilled a symbolic role as Russia’s grand connectivity project for Eurasia.