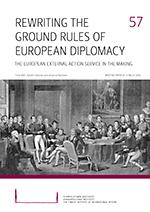 The newly ratified Lisbon Treaty determined the rough shape of the European External Action Service (eeas), but left the difficult task of negotiating all remaining details to the implementation phase.

In the post-Lisbon debate on the eeas, the Commission has attempted to ensure its control over eu foreign policy, while the ep has demanded greater democratic oversight and defended the ”community method” of decision-making, and the Council has been torn between the imperative of creating a functioning service and the instinct to safeguard national prerogatives.

Much of this confrontation has been shaped by differences over the intergovernmental versus supranational character of the future service. • The outcome of this conflict is not only going to change the current institutional balance of power in Brussels, but also shape the nature and direction of European diplomacy in the future.

With the establishment of the eeas, the eu’s approach to international affairs is likely to become more ”political” and ”intergovernmental”. At times, this will facilitate quicker and more decisive eu actions, but might also result in a loss of the eu’s normative character as an international actor.

As previously, the eu’s ability to appear as a unified actor in international affairs will depend on the Council’s capacity to take common decisions. Here, whether the eeas will be the catalyst of a more unified European foreign policy, rather than act as a bulwark of national interests remains to be seen.
Rekommenderas

Pro-European Presidency: Poland on the way to the club of heavyweight EU members