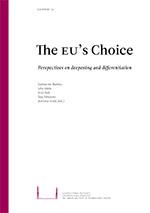 Ever since the global economic and financial crisis hit Europe in late 2008, European public debate has been rife with speculations about the possible collapse of the European Union. The Brexit vote, migration crisis, rise of populist and Eurosceptic parties, bleak economic prospects, uncertainties about the Eurozone, and continuing geopolitical crisis vis-à-vis Russia have thrown the EU into one of the most difficult periods in its history. Each subsequent shock has placed further strain on the EU’s unity, cohesion and complex political and policy-making structures. Yet the prevailing view in Europe is that the EU is needed more than ever to address common challenges.

This FIIA Report aims to map the key developments shaping the EU, as it has navigated through the storms of recent years. The report focuses first on developments in the common political space and subsequently addresses three major policy fields: the common economic space, common territory, and common security. In each of these policy fields, the report firstly seeks to outline the main trends posing challenges, and then discusses the EU’s responses to these trends. How have the EU’s recent policies affected its unity?

A year since Minsk-2: Does the agreement have a future?