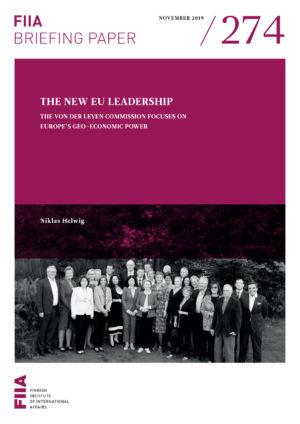 Ursula von der Leyen has vowed to make the European Commission a “geopolitical” player under her presidency. She announced a Commission that would be strong on the economic aspects of the EU’s external action. This more aptly labelled “geo-economic” focus of her presidency comes at a time of increased global competition in the economic sphere and poor performance in respect of the EU’s traditional diplomacy.

The main goal of earlier EU reforms, to integrate the economic and political pillars of the EU’s external action, is fading. Instead, the European Commission and the Council now plan to prioritize their particular strengths. The new emphasis on the EU’s geo-economic power promises a stronger global position for Europe, while risking a decline in the coherence of external action. The geo-economic emphasis is more likely to pay off if the EU leadership coordinates closely on a limited number of priority areas, such as China, Iran and the Middle East, as well as the Western Balkans.

Edit: A new footnote (2) added for clarification to the Introduction after the first publication, 19.11.2019.

Finland’s 2019 presidency of the Council of the European Union: European and domestic determinants