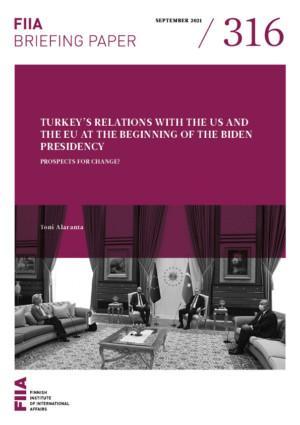 US-Turkey ties are strained because of conflicting interests in Syria and on a more fundamental level due to Turkey’s different interpretation of the ongoing global power shift, and its concurrent search for strategic autonomy and cooperation with Russia and China.

EU-Turkey ties have long been dysfunctional, with the EU focusing on maintaining the refugee deal, while Turkey has become increasingly authoritarian and aggressive in its external relations, resulting in a permanent ‘wait-and-see’ approach by the EU.

While the US and the EU have recently agreed that they should synchronize their stance on Turkey, both are also characterized by an increasingly feverish internal debate about how best to respond to Turkey’s behaviour.

A genuine fresh start in Turkey-West relations is somewhat illusionary as most of the underlying problems are more likely increasing rather than decreasing, pointing to a more permanent dual-track policy of cooperation and containment, both by the US and the EU.