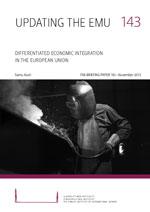 The financial and economic crisis has reinforced the two-layer economic integration structure in the EU. Many of the new rules and structures created during the crisis have focused on a solution to the euro crisis and are thus euro area-specific.
There is little evidence, however, that the situation would have dramatically changed compared to the Maastricht EMU. All of the changes are still in line with the basic idea that all EU countries will join the euro when they are ready to do so.
One of the key questions in the near future is likely to centre on the contours of the euro area-specific decision-making, its relationship to the EU as a whole, and its institutions and procedures.
Even if the Eurogroup remains ‘formally informal’, it has managed to transform itself into a de facto institution within the EU, and its role and weight is likely to increase rather than decrease.
Kategorier:
Ekonomisk politik Europeiska unionen sv FIIA Briefing Paper