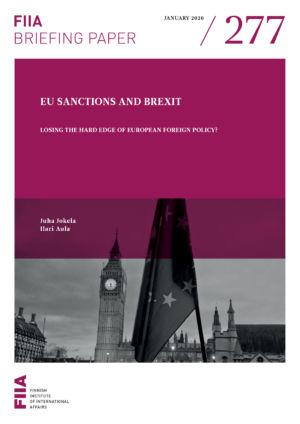 The EU needs to assume more responsibility in defending its interests and security. Brexit will constitute an additional challenge for the EU in this respect, and has led to calls to strengthen the efficiency of the the Common Foreign and Security Policy, including EU sanctions, which currently form one of the toughest and most increasingly used tools in the EU’s foreign policy toolbox.

Even though the UK has taken measures to maintain the sanctions regimes it agreed to as an EU member state, an independent UK sanctions policy could result in divergence. The envisaged coordination mechanisms between EU and UK sanctions policies can mitigate some of the negative implications of Brexit, but they cannot replace the UK’s EU membership.

Sanctions and US foreign policy in the Trump era: A perfect storm