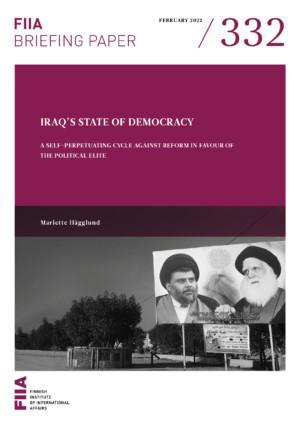 In addition to Afghanistan, Iraq has been one of the US’s major state-building projects in the 21st century. The recent events in Afghanistan have again highlighted criticism against large-scale interventions.

The changes in Iraq’s electoral law have brought about some positive changes, but did not address the root causes of the problems in the political system.

Institutions in Iraq are weak and marred by politicization and pressure from powerful parties. Hence, their independence is highly questionable.

While improving democracy in Iraq would require radical change, taking minor steps forward remains a more attractive and doable option for the Iraqi and international leadership. However, by working with established political players, the very barriers to more significant reform are simultaneously being strengthened.

Iran’s foreign policy: Buying time until the US presidential elections