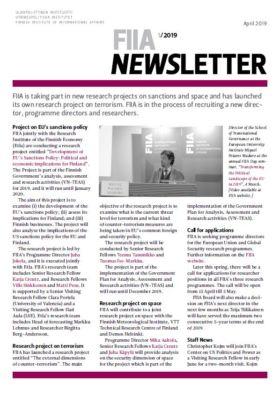 FIIA is taking part in new research projects on sanctions and space and has launched its own research project on terrorism. FIIA is in the process of recruiting a new director, programme directors and researchers.